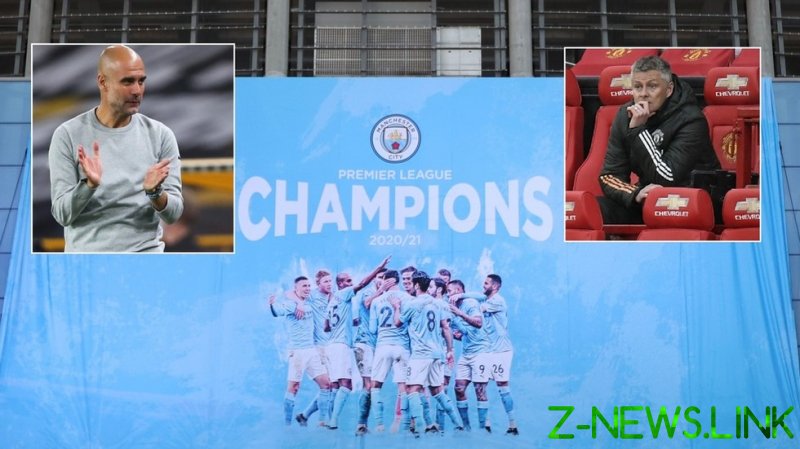 Pep Guardiola’s City team were all-but assured of a third title in four seasons, with only crosstown rivals United capable of catching them and only in the unlikely event that they could overhaul a 10-point deficit in their remaining matches.

In the end, United failed to win their game in hand on their rivals as Ole Gunnar Solskjaer’s much-changed team went down to Leicester at Old Trafford on Tuesday night.

The result means City have an unassailable 10-point lead at the top of the table with three games to play, as a fifth Premier League title heads to the Etihad and the club seal a seventh top-tier English triumph in their history.

City could have wrapped up the title themselves had they not fallen to a 2-1 home defeat to a resurgent Chelsea on Sunday, although in the end they did so without kicking a ball as their neighbors were beaten by top-four-chasing Leicester.

The Foxes took the lead at Old Trafford thanks to a 10th-minute wonder-goal from teenager Luke Thomas, before United struck back five minutes later through their own boy wonder, Mason Greenwood.

A thunderous second-half header from Turkish defender Caglar Soyuncu earned victory for Brendan Rodgers’ men against a United team which had seen manager Solskjaer make 10 personnel changes, amid a congested fixture list during which they return to action at Old Trafford against Liverpool in just 48 hours’ time. 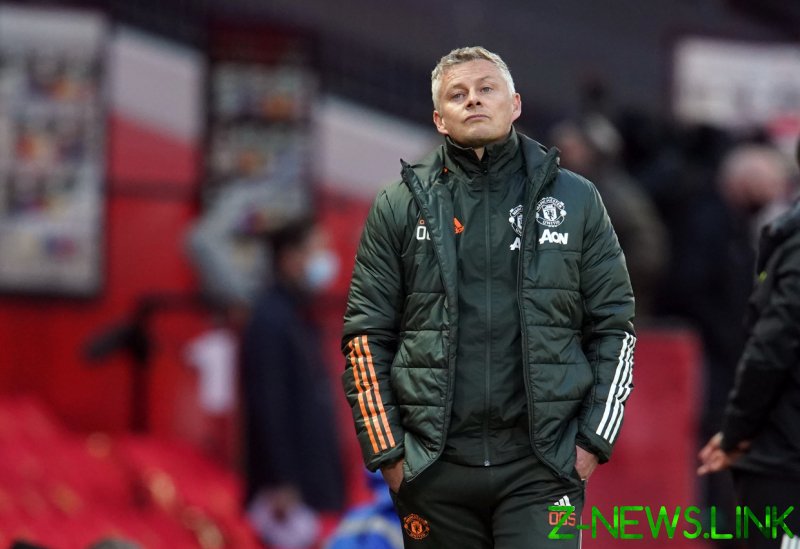 While they will not have liked gifting the title to City in any circumstances, United merely bowed to the inevitable and themselves are well-ensconced in second spot in the table, with Champions League football assured and a Europa League final with Villarreal to look forward to later in the month.

For City, a slow start to the season has given way to a title procession for Guardiola’s men, who were clearly England’s finest team by some distance and recapture the crown they handed to Liverpool last time round.

With the Premier League title and League Cup already in the bag, City will contest their first ever Champions League final against Chelsea on May 29.

After the title was confirmed, praise poured in for Guardiola and his team, who have produced a campaign built on solid defensive foundations and some spell-binding forward play which has continued to change perceptions on how the modern game is played.

For Guardiola, 50, the title was the latest addition to his remarkable personal haul as a manager from his time at Barcelona, Bayern Munich and now City.

“This has been a season and a Premier League title like no other,” the City manager said.

“This was the hardest one. We will always remember this season for the way that we won.

“I am so proud to be the manager here and of this group of players.” 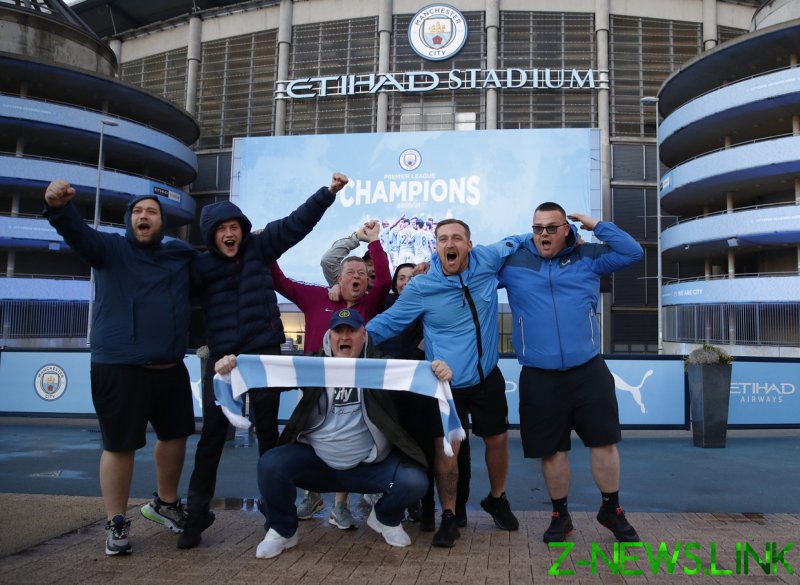 Critics of City will inevitably point to their immense financial backing, bankrolled by their Abu Dhabi owners and with a squad among the most expensively-assembled anywhere in world football.

While fans on the blue half of Manchester will be delighted to have reclaimed domestic bragging rights, there is no doubt that a maiden Champions League triumph is an itch the owners are desperate to scratch, as will be Guardiola, who last lifted that title 10 years ago with Barcelona.

Meanwhile, United boss Solskjaer congratulated City, and spoke on what his team needed to do to bridge the gap.

“If you want to take up the challenge with them we need to strengthen our squad,” the Norwegian said.

“Congratulations to them. They have had a fantastic season. I am very pleased with my boys that have made it to the last 10 days with a Manchester City side ahead of us that are lauded as the best in Europe.

“We want to take the next step and it might be that we need a couple more to strengthen the squad.”