Home / WORLD / Bowing to terrorism: The Atlanta mayor’s craven words on the police shooting of Rayshard Brooks hand a victory to Antifa

Bowing to terrorism: The Atlanta mayor’s craven words on the police shooting of Rayshard Brooks hand a victory to Antifa 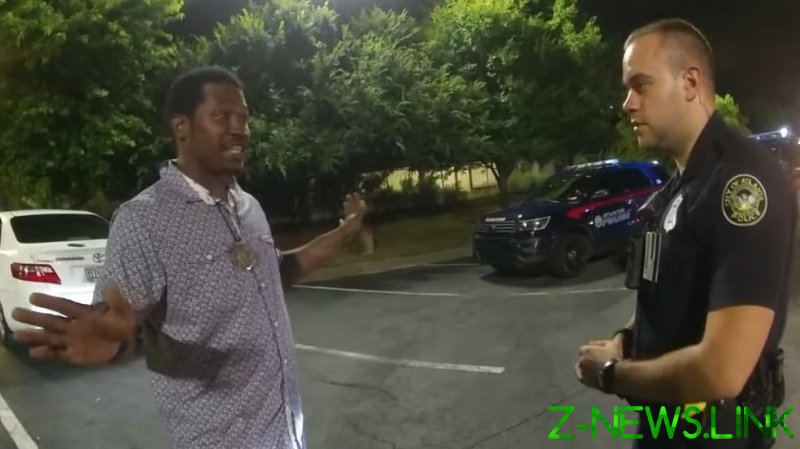 People often forget why the word ‘terror’ is in ‘terrorism’. While terrorism often includes loss of life and destruction of property, its overall aim is to strike fear into people, using the threat of more violence to persuade them to not make certain decisions or to force some sort of change. The mayor of Atlanta suggesting that due process should not have been given to the officer who shot Rayshard Brooks to avoid more rioting is a perfect example of terrorism working.

“Given the volatile state of our city and nation last summer, the decision to terminate this officer, after he fatally shot Mr. Brooks in the back, was the right thing to do.”

This is a horrifying statement to hear from a mayor of a major city in the United States, but those are the words of Keisha Lance Bottoms, mayor of Atlanta. The implications of such a statement are rather clear. Mayor Bottoms is implying that it is perfectly fine to deprive someone of their rights provided it prevents a possible riot. Whether the mayor understands it or not, she just gave every single rioter across the nation a big check in their win column.

The riots in 2020 were not without purpose. The groups rioting wanted to send a message, and it’s not the message that they told everyone that they cared so much about. The goal of the riots was to spread fear. They wanted every single person in America to be scared anytime there was a police shooting, or something along those lines. They wanted the American system of justice to change through fear, and they were more than happy to destroy everything they could to get that result.

There is a reason why many nations constantly say that they will never bow to terrorists. It’s because they know that if they give in to the demands, it will only encourage the terrorists to carry out more attacks so as to achieve more of what they want. In a sense, if you give them an inch, they will take your entire country. That is what Antifa did with those riots, and why they should be classified as a terrorist group. Reactions like this are exact case studies on the effects of terrorism on the minds of leaders.

The fact of the matter is that Officer Garrett Rolfe deserved to be heard out as opposed to being sacked with no warning. He faces possible criminal charges pending an investigation into the incident in June last year, but the simple fact is that his side of the story deserves to be heard in any case. Those rights shouldn’t suddenly disappear just because he’s a police officer. Or because he is white and the man he shot was black. It doesn’t matter if you are Garrett Rolfe or George Floyd. All American citizens are supposed to have that right protected by the law, and to suggest that it should be discarded because radicals may throw a fit and break things is disgusting.

It’s not easy to stand up to a mob, but that’s what leadership often requires. It’s safe to say that simply by this statement alone, the mayor of Atlanta has failed that test. Despite the tantrums of the radical left, Americans should never let go of due process, or we will face even greater chaos in the future.