Home / WORLD / Boulder shooting spun by opportunists who have no interest in truth or solutions – if blaming ‘whiteness’ fails, play the gun card

Boulder shooting spun by opportunists who have no interest in truth or solutions – if blaming ‘whiteness’ fails, play the gun card 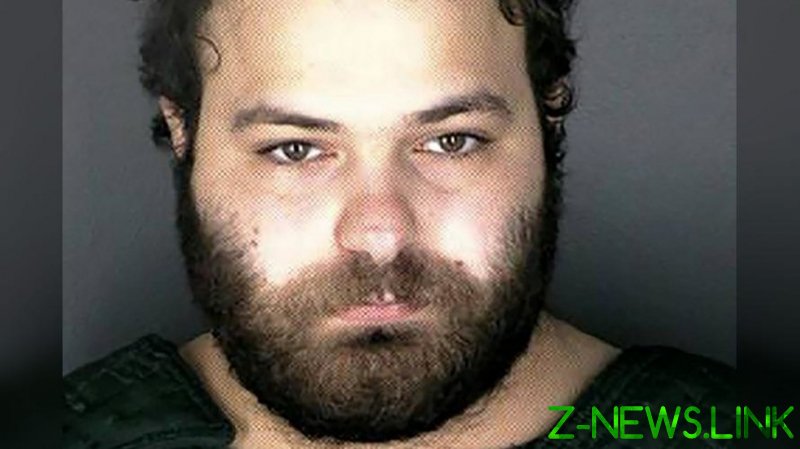 Monday’s killing spree in Boulder, which left 10 people dead, is an especially illuminating example of America’s penchant for sickeningly selfish spin-doctoring. When police led the suspected murderer away from the King Soopers grocery store, the shirtless man’s appearance was ambiguous enough that he was like a walking Rorschach test for some observers – revealing what they wanted the story to say.

Supposed journalists, such as USA Today’s Hemal Jhaveri and Deadspin’s Julie DiCaro, were quick to connect the dots to last week’s false massacre narrative in Atlanta, where a young white man killed six Asian-American women and two people of lesser media interest. “The suspected gunman in the Boulder, Colorado, mass shooting is a white guy,” CJ Werleman of the UK’s Byline Times trumpeted on Twitter. “Seven reported dead! Cue ‘mental issues,’ ‘bad day,’ ‘parking dispute’ or anything else other than what he most likely is: a white domestic terrorist.”

AFP’s Uzair Hasan Rizvi was eager to tell the same sort of story. “A poor white guy – who may have had a bad day or just a sex addict – killed at least 10 people in Boulder,” Rizvi said. “He was only apprehended and not choked or shot to death because he was not brown, black or a Muslim. And yes, he is only a shooter and not a terrorist.”

Ironically, Rizvi specializes in “debunking fake news” as a fact-checker for AFP. Sadly for him, he had to fact-check himself and delete his hate-filled tweet when police identified the Boulder suspect as Ahmad Al Aliwi Alissa, a 21-year-old immigrant to America who was born in Syria, according to court records.

Author and anti-Donald Trump activist Amy Siskind also was among those who flunked the Rorschach test. On Monday, before she knew the identity of the alleged murderer, she said, “The shooter was taken into custody. In other words, it was almost certainly a white man (again). If he were black or brown, he would be dead.” She lower-cased “white” and upper-cased “black” and “brown.” But by Tuesday morning, her view changed: “Let’s mourn the victims but not glorify the killer with the attention of having his name widely known.”

Got it? Shut up about that name. This story is going all wrong. That’s why the mainstream media is covering the Boulder massacre with much less fervor than their Atlanta jackpot. Despite police and acquaintances of the suspect saying otherwise about motive, the story was all about 21-year-old Robert Aaron Long being white and his victims being mostly Asian. That’s the media’s favorite racial theme nowadays, and everything must be viewed through that lens.

The wheels came off plan A in this case. We’ve still got the secondary agenda of calling for tougher gun laws, but the skin-color obsession requires more nuanced storytelling this time. We’re therefore getting fewer of the deep dives into the alleged shooter’s social media posts and possible signs of bigotry. There’s also relatively little to be said about the victims, inasmuch as most or all of them were apparently white, or the shooter’s motivation.

CNN adapted quickly, explaining that Alissa was bullied in school (despite being a wrestler with a history of violence) for being Muslim, and people “made fun of his name.” So, it was actually still white people’s fault.

Many of those who got the story wrong weren’t embarrassed, let alone repentant. Actress Rosanna Arquette left up her tweet calling the massacre “white supremacist domestic terrorism,” and her followers left up their messages blaming former President Trump for causing the trend.

Actress Meena Harris took down her tweet using the Boulder massacre to say white men are “the greatest terrorist threat to our country,” but she essentially stood by her argument. “I made an assumption based on his being taken into custody alive and the fact that the majority of mass shootings in the US are carried out by white men,” she said.

Author Faralyn Padilla stuck to the argument that Alissa is white and blamed both shootings on religion. “Every culture has white skin in it because it’s a mutation,” she said. “Also, please tell me the difference between these two men. Quran vs. Bible isn’t that much of a difference. They are 97 percent the same book, word for word.”

Therefore, when a Filipino-American man is slashed from ear to ear with a box cutter by a black man on a crowded New York subway car, activists respond by rallying against “white nationalism.” When elderly ethnic Asians are senselessly attacked on the street by young black men in the San Francisco Bay Area, in some cases being killed, a Pulitzer Prize-winning novelist explains that the violence is “part of a pattern of white supremacy.”

According to the narrative, Americans aren’t sentient beings with wide-ranging feelings, emotions and motivations. They are race-obsessed drones who see only skin color and make their decisions accordingly. White male Christian from flyover country? He’s surely a bitter clinger with antipathy toward people who aren’t like him. Black person? Democrat voter. As President Joe Biden said last year on the campaign trail, if you haven’t already decided to vote for him, “you ain’t black.”

But the Boulder massacre quickly lost its legs as a skin-color story. It still has value, though, for the anti-gun agenda. Politicians were quick to seize that prize, with the likes of Biden and former President Barack Obama calling for stricter gun laws.

No, what’s really most sickening and unsurprising is the selfish opportunism that swarms on the scene after horrific incidents like the Boulder and Atlanta shootings. There’s never a pause or desire to learn the truth or take corrective actions.

The exploitive voices of authority attach false motives, such as race, and offer non-solutions, such as gun laws that wouldn’t have prevented most mass shootings – and wouldn’t be followed by people who are already willing to break the law against murder. Is it any wonder that the root causes are hardly ever addressed?

If there’s a common thread in the Boulder and Atlanta shootings, it’s likely that both 21-year-old suspects had serious mental issues. Alissa reportedly ranted in his Facebook posts about hating Trump and not having a girlfriend. His brother reportedly told the Daily Beast that he was “very antisocial” and was “paranoid” that people were out to get him.

More and more young people are feeling that way nowadays. A culture that promotes tribalism and competing to be the biggest victim won’t help – nor will a nation that increasingly judges people based on inalienable characteristics.

So today – like yesterday and last week – Americans argue over race, religion and politics. Representative Ilhan Omar (D-Minnesota) was miffed that “he’s Muslim” was trending on Twitter for Alissa, but “he’s Christian” failed to trend for last week’s alleged shooter. Then again, no one needed to ask about Long’s religion. The media quickly made that known, along with his skin color.

In today’s America, the question isn’t, “What really caused this?” Nor is it, “How can this be prevented?” The question is, “What’s in it for me?”