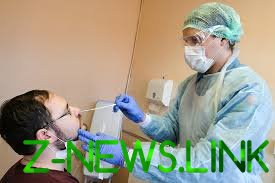 “European” rapid tests for antibodies to coronavirus, purchased by the Moscow authorities, turned out to be Chinese and inaccurate

The Moscow government bought hundreds of thousands of rapid tests for antibodies to the coronavirus and claim that they are produced in the Netherlands and are of high accuracy. Actually we are talking about rebranding Chinese tests, whose precision is quite low: their purchase has refused a number of European countries, found investigative journalists “Important stories” in conjunction with the Centre for the study of corruption and organized crime (OCCRP).

From mid-April in Russia massively introduced rapid tests for antibodies to the coronavirus that define existence in blood of antibodies that indicate whether a person is sick now or sick before. For identifying patients with coronavirus, the government of Moscow has bought hundreds of thousands of imported Biozek Medical tests, sending them to hospitals in the city to test how nurses and patients alike. According to city authorities, just a few days of testing were more than 175 thousand people and 50 thousand doctors.

Biozek also were used in other regions of Russia, including in Leningrad region and the Komi Republic, as well as in private clinics. Russian distributor of these tests, the company “Biotek”, reports on its website that their accuracy is 92%. Vice-mayor of Moscow Anastasia Rakova said that this test system was made in Holland and has shown very good results. Recently Biozek test and received official certificate of Roszdravnadzor.

However, reporters found that these tests are actually produced in China by Hangzhou Alltest Biotech Co. Ltd and extremely accurately determines the presence of antibodies to coronavirus in the first week of the disease. So, in late March, a resident of Northern Macedonia Roger Sekisovsky was “Dutch” rapid test for antibodies, which showed no signs of coronavirus. However, three days later the man was in intensive care and died from the coronavirus. In this case, doctors believe the results of “Dutch” test and did not isolate man: after his death, 72 paramedics came into contact with him, was forced to go into quarantine, and the 10 contracted the coronavirus.

Rapid test Biozek brought to the market Inzek International Trading BV registered in the Netherlands. However, a more meticulous study showed that Biozek is re-branding Chinese products company Hangzhou Alltest Biotech Co. Ltd. A few weeks ago from this test because of insufficient accuracy declined in the UK, however, after rebranding the buyers believed in the “European quality”, and began to buy hundreds of thousands of these tests worldwide. According to General Director of Inzek International Trading Zaki Hamid, the company has already sold more than 1.6 million sets of the major buyers of the tests are Indonesia, Russia, Netherlands, Kuwait, Saudi Arabia and Iraq.

Existing rapid tests for antibodies to coronavirus are fast, but have a significant error and does not give accurate result, as warned by the Russian specialists. At the beginning of the pandemic in Europe, these tests were brought from China and were extremely popular. However, after it became clear that the Chinese test will make lots of mistakes, some countries began to abandon the already purchased lots. Spain, for example, rejected all the tests put to her production Shenzhen Bioeasy Biotechnology, when it became clear that their accuracy does not exceed 30%. But Belgium completely banned the sale and use of rapid tests in its territory, not to knock people confused.

After a series of scandals, the world health organization (who) released a special Bulletin which called for renouncing any use of rapid tests for antibodies for diagnostic purposes. According to the who, these tests are suitable for epidemiological studies to try to understand how many people have been ill on a particular territory. However, to use them as the sole source of diagnosis is impossible.

In early April, the British government canceled a major purchase of tests from Hangzhou Alltest Biotech Co. Ltd after a study from Oxford University concluded that the Chinese Express system does not meet standards of reliable individual diagnosis. In Spain, the study showed that during the second week of the disease the sensitivity of the test from Alltest Biotech Hangzhou Co. Ltd is an average of 47%. Although the accuracy of the test increased over time and it is wrong for patients infected with coronavirus in the month before the survey, an appropriate warning on the temporary “gap” in the instructions no.

Meanwhile, in Russia already there were many proposals to sell the rapid tests in private hands, including through the company “Biotek”. Distributors resell them on the market with a significant margin of two to 3.5 thousand rubles per item when the selling price of slightly more than 400 rubles. How many have bought these tests the Moscow authorities, is unknown.