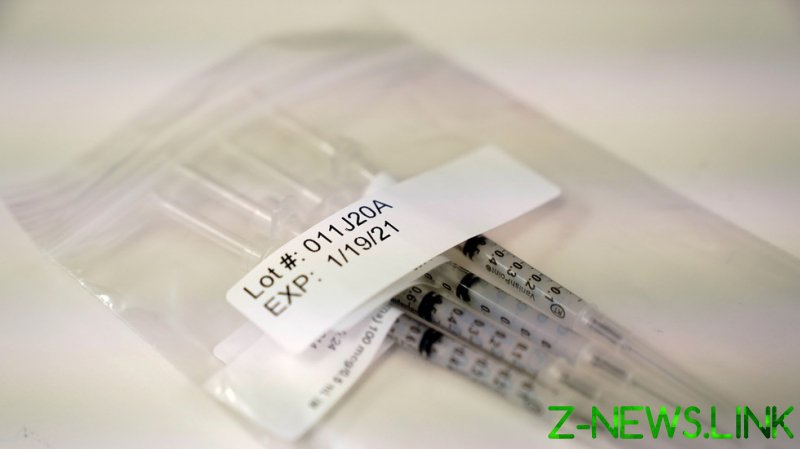 Dr. Hossein Sadrzadeh, a hematology oncology fellow at Boston Medical Center, was given the drug on Christmas Eve. The health care worker, who has a severe shellfish allergy, said his heart began to race after taking the vaccine. Initially, he thought his increased heart rate was due to anxiety he had about the jab, stemming from reports of serious medical episodes occurring after people with allergies were injected with Pfizer’s coronavirus vaccine.

However, he soon realized that he was suffering from something far more dangerous. Within minutes, Sadrzadeh’s tongue and throat began to tingle and go numb, a reaction that he associated with his shellfish allergy. Even more concerning, his blood pressure then dipped so low that it wasn’t even detectable with a monitor.

Luckily, the doctor had brought his own EpiPen, which he administered on himself before hospital staff rushed him to the emergency room. He was given several medications, including steroids and Benadryl. A record of his hospital visit stated that he was admitted to the ER for “shortness of breath, dizziness, palpitations and numbness after receiving the Covid-19 vaccine.”

By Friday morning, he said that he was feeling normal. But the doctor seemed to suggest that the episode could have been far more harrowing had he not come prepared for the worst.

“I feel that if I did not have my EpiPen with me, I would be intubated right now, because it was that severe,” he said, adding that it was the worst allergic reaction he had experienced since he was 11 years old.

The physician said he now recommends that people with allergies receive the vaccine in a hospital setting, instead of getting it from a clinic or local provider.

“I knew the symptoms. I had the experience. I was a physician, and I was scared to death. Imagine someone who does not have the information,” he noted. Sadrzadeh has offered Moderna a blood sample in an effort to help the firm identify what ingredient in the vaccine may have triggered the allergic reaction.

“I really don’t want anybody to go and experience this and go through this event that I had,” he said.

The concerning case is the first of its kind to be linked to the Moderna jab. Officials with the Food and Drug Administration and the Centers for Disease Control and Prevention are investigating at least six cases of severe allergic reactions occurring in people who took the Pfizer-BioNTech vaccine. However, it is still being determined whether an ingredient in the vaccine is responsible for the health episodes.