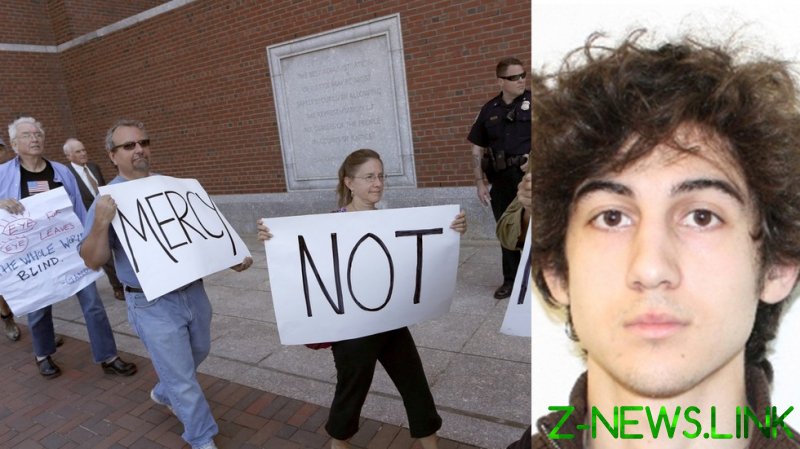 The US’ highest court on Monday agreed to review an appellate court’s ruling last July that errors in Tsarnaev’s trial tainted his 2015 sentencing. Trump blasted the lower court’s decision to vacate the death penalty against Tsarnaev as “ridiculous” and said on Twitter that “he killed and badly wounded many. Justice!”

The Justice Department, then led by Attorney General William Barr, filed its appeal in October. At issue is whether the judge in Tsarnaev’s trial took the proper steps to ensure a fair jury was selected despite intense media coverage of the bombing and a subsequent manhunt. The trial court was also accused of erring during the penalty phase by excluding evidence that Tsarnaev’s older brother, Tamerlan, was allegedly involved in different crimes two years before the 2013 marathon attack. Tamerlan Tsarnaev was killed in a shootout with police as officers closed in on the two suspected bombers.

The explosion killed three people and injured more than 260. The brothers, whose Chechen-Kyrgyzstani family immigrated to the US from the Russian republic of Dagestan in 2002, also killed an MIT patrol officer during the massive manhunt. They then carjacked a vehicle and took its owner hostage and intended to commit other terrorist attacks, starting with a bombing in New York’s Times Square.

Despite the death sentence being vacated, the government faced no risk that Tsarnaev would be set free. The appellate court said that at a minimum, he would spend the rest of his life in prison. Tsarnaev faced a new penalty-phase trial to determine whether he would be sentenced to death again.

But if the Supreme Court overturns the appellate decision, the original death sentence in the case would be reinstated. Such a reversal could be awkward for President Joe Biden, who campaigned on a pledge to seek elimination of the death penalty.

Federal executions had been stalled for 17 years until Trump resumed carrying them out last July. His administration managed to carry out 13 executions before Biden took office on January 20.