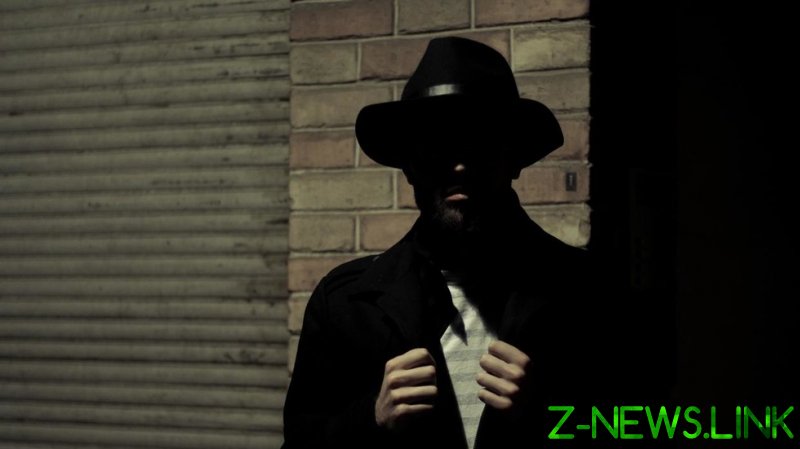 Boris Johnson is set to announce a raft of legislative proposals aimed at curtailing activities of foreign agents in Britain at the forthcoming Queen’s Speech on May 11.

Within the draft bill is a requirement for any individual working on behalf of a foreign government to register with British authorities or face criminal prosecution. This appears to be modelled after the foreign agent registry the United States brought in using the Foreign Agents Registration Act (FARA).  The proposals also include an expansion of the Official Secrets Act to allow foreign cyberattackers targeting the UK to be prosecuted and a significant widening of what type of intelligence theft is punishable under law.

Though Johnson claims the reason for expanding these powers is the ever present spectre of Russia – the “most acute threat” to British security in Europe, apparently – the real threat to British citizens’ security comes from how the UK government and the governments of its allies are using, and could use, this type of legislation.

According to the current version of the Official Secrets Act, which traces its origins back to 1911, stealing “any sketch, plan, model or note which is calculated to be or might be or is intended to be directly or indirectly useful to an enemy” is forbidden. The proposed new designation changes that to any “document, information or other thing” and replaces “enemy” with  “foreign powers.” What the Johnson government is really doing here is diverting scrutiny away from its own stifling of individual freedoms under the pretext of battling foreign interference. Here’s how.

The House of Commons Intelligence and Security Committee’s (ISC) report of 2020, which has formed the basis for much of Johnson’s recent proposals, probed claims of Russian state-supported interference in the British electoral process. This is exactly the type of alleged interference the new bill would presumably address. That report stated, “The UK is clearly a target for Russia’s disinformation campaigns and political influence operations and must therefore equip itself to counter such efforts.”

The problem is, British authorities have already shown themselves to be woefully biased and inept in assessing what is foreign-backed interference. For example, the ISC report alleges that “Russia’s promotion of disinformation and its attempts at broader political influence overseas” and included Russian broadcasters RT and Sputnik in that bracket. But the House of Commons Digital, Culture, Media and Sport Select Committee, referred to as a source in the report, merely cites examples of these outlets broadcasting content critical of the European Union. This coverage, which the Commons report documents as having occurred during the run-up to the 2016 EU referendum, was grouped under the heading “anti-EU bias” simply for presenting opinions that differed from those of then-Prime Minister David Cameron.  This was the same David Cameron whose government so vociferously supported the Remain side of the referendum: he spent £9 million of public money sending out pro-EU propaganda pamphlets to every home.

By this spurious definition of ‘disinformation’ the views of a majority of Britain at the time – i.e., those who supported Brexit – could be considered to have been potentially “fomented by Russian subversion” for contradicting the then-government’s official stance. Johnson’s (who incidentally, supported Leave) proposals, if they used that definition, could open the door to classing any oppositional view as a piece of “information or other thing” useful to “foreign powers,” merely for dissenting with an official stance from Whitehall or Westminster.

But of course Johnson himself is no stranger to spreading the odd bit of ‘disinformation’. At the end of the last decade mainstream British papers and US government-funded troll artists smeared Jeremy Corbyn using tactics the prime minister hopes to enshrine in law.  As public support grew for the supposedly socialist economic program of the then-Labour leader, media and government attempts to discredit him as a Russian agent intensified as the December 2019 UK General Election approached.

When in November of that year the Corbyn campaign revealed a lengthy dossier pointing toward the Johnson government’s alleged plans to privatize the UK’s National Health Service (NHS) as part of a Brexit deal – despite Johnson’s public promise to the contrary – both the Telegraph and the Guardian released stories that claimed Russian involvement in the dossier’s leak.

Their source for the allegation was Ben Nimmo, a former fellow at the NATO funded Atlantic Council, which has a long standing animosity toward Russia, and director of data-consulting firm Graphika, none of which qualifies him to espouse on where the NHS dossier may have come from.

Even Alba Party leader Alex Salmond – as Boris Johnson has already adamantly refused another referendum on Scottish independence even if nationalist parties win a majority in the Holyrood elections in May – could be classed an abettor of a foreign power under these new laws for working for RT.  The 2020 ISC report also details a section on supposed Russian interference in the 2014 Scottish-independence referendum, citing a study by none other than the Russia-baiting Ben Nimmo as a dubious primary source.

Oppositional journalism itself would be under threat if these laws ever came into effect. For example, the British and US thumbscrews already being applied to WikiLeaks and its imprisoned founder Julian Assange could be twisted even tighter.  Washington’s ongoing attempt to extradite him from London, on the basis of his leaking classified documents on American war crimes, comprises 18 charges under the US Espionage Act, which is a broadly similar law to the UK’s Official Secrets Act.

An expanded Official Secrets Act would make it even harder for whistleblowing organizations like WikiLeaks and individuals like Assange to conduct their work in the UK or even just while in contact with UK-based individuals. The judge who refused Assange’s extradition to the US on grounds it would exacerbate his mental distress has already indicated that, if Assange had been operating within the jurisdiction of the UK, he would have violated the Official Secrets Act as it currently stands.

Broadening the definition of an “official secret” could accordingly strengthen a British case against Assange and the operations of WikiLeaks, further undercutting what scant protections the British legal system currently offers him. Under the increased powers Johnson wants to go after foreign hackers, Assange and those like him could be grouped as cyberattackers operating from abroad against the UK, whether or not their operations took place on British soil.

Abroad, meanwhile, Johnson’s legal juggernaut is an attempt to smother Moscow and Beijing’s exposure of illegal British operations overseas by whipping up indignation over “foreign interference” in Britain. Johnson remarked in Parliament recently that “the Russian state used a chemical weapon in Salisbury” to poison former Russian spy Sergei Skripal in 2018, despite lacking substantiated evidence to prove the claim.

Johnson is launching verbal salvoes like these because Moscow and Beijing’s exposure of dirty Western tactics has been getting uncomfortable for leaders like him.  The Western-backed opposition figure, Alexey Navalny, whose alleged poisoning by the Russian state led the UK, EU, and US to impose a fresh round of sanctions on Russia, was labeled by Vladimir Putin in December 2020 as having “the support of the special services, those of the United States in this particular case.”

In a joint statement delivered in March, Wang Yi and Sergey Lavrov, the foreign ministers of China and Russia, expressed solidarity against Western interference in the sovereign affairs of their respective countries. Wang made the statement even more explicit, noting that “[Western powers] should know that the days of inadvertently interfering with Chinese internal affairs by inventing lies have already passed.”

Russia and China released this statement right after the US, the EU, the UK, and Canada approved sanctions against Chinese state officials over alleged human-rights abuses of Uighurs in Xinjiang.  Yet a slew of pro-Xinjiang organizations are actually funded by the National Endowment for Democracy (NED), which is itself funded by the US government, making these movements, which call for Xinjiang to form a separatist state, effectively agents of Washington.

All of which points to the dangerous dichotomy being furthered in Johnson’s forthcoming bill: while presuming that all manifestations of “pro-Western” illegal activity against rivals like Moscow and Beijing are legitimate and lawful, the UK and US are recklessly smearing legitimate and lawful domestic dissent as criminal fifth-columnist subversion.