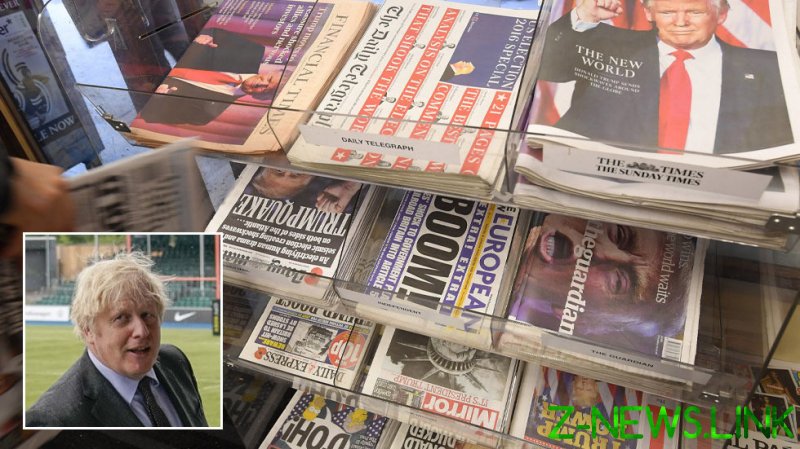 Boris Johnson was a posh-boy floppy-haired joke to many of his fellow journalists when he was ‘on the road’ for The Times and The Daily Telegraph a quarter-century-or-so ago.

Many senior editors in London and their proprietors, though, rather enjoyed Boris’s bumptious bonhomie and his pithy turn of phrase, and promoted him accordingly. Mostly in a direction where writing a pithy phrase was what was required, where opinion is what counted. Not, necessarily, fact.

But not many hacks – none is my guess, although there might be at least one opinion to the contrary – trusted the bloke’s actual ability to conduct any thorough kind of research, let alone a deeper kind of investigation: to find the truth of a story and then stand it up so his paper wouldn’t get sued for libel.

Surely any news editor – that’s the commander of the news reporters with probably the most stressful high-burnout job of all – would have cold sweats reading every quote and fact in any BoJo article. Especially knowing Boris was beloved by those above, protected as he was by the boss class.

It’d be wise to have someone else check it all, word by word. Pithy phrase by pithy phrase. The quiet kid in the corner on a freelance shift from a local paper would be way more trustworthy than BoJo.

He was sacked from his first journalism job as a trainee on The Times for making up a quote from his godfather, a historian. Then he ended up as Brussels correspondent on the Daily Telegraph, where he mined a rich seam in ‘Euromyths’ – stories such as Italians complaining about condom sizes, the shape of bananas and standardised coffins, et comme ça.

Former war correspondent Max Hastings was the Daily Telegraph’s editor at the time. “I have argued for a decade that, while he is a brilliant entertainer who made a popular maître d’ for London as its mayor, he is unfit for national office, because it seems he cares for no interest save his own fame and gratification,” Hastings wrote in The Guardian. “Johnson would not recognise truth, whether about his private or political life, if confronted by it in an identity parade.”

Be careful, Max, that’s rather embarrassing to the most powerful man in Britain. Say this again in a few years’ time and it seems the secret police could be kicking down your door.

That’s because this sloppy, crappy little journalist wants to boost the Official Secrets Act to such a degree that it could send other journalists to jail, the ones who actually do the kind of work that few would ever have trusted him to do.

A jail cell could be waiting for hacks and sources behind, for example, The Sun’s exposure of Health Secretary Matt Hancock’s affair with an aide – oh, and hapless Hancock broke some Covid social distancing rules, too, apparently but, come on, really, who cares about that? Seeing the lovers secretly snogging in his office was THE story.

The Information Commissioner’s Office has already raided two homes seeking the source of the video that nailed Hancock. The ongoing investigation also exposes just how dim Hancock and his squeeze Gina Coladangelo truly were, as it seems the camera that caught their tryst wasn’t secretly planted, or even hidden – it was a security camera that had been there since the new Home Office building opened. They could have snogged in a cupboard, instead of right in front of it. D’oh!

Fresh proposals being considered by the Home Office could increase a jail sentence for sharing this sort of material from two years to 14. “We do not consider that there is necessarily a distinction in severity between espionage and the most serious unauthorised disclosures,” says the consultation document.

This is despite, according to spurned former special adviser Dominic Cummings, BoJo regularly referring to The Telegraph as “my real boss” – not, you understand, the British electorate. BoJo also readily admits it’s “ludicrous” that he became PM in the first place, apparently.

Yup. Loads of those ‘on the road’ hacks would absolutely agree with him on that one, for once.

But BoJo isn’t the only hack in high office. Oh no.

Cabinet minister Michael Gove oozes and throbs with as-yet-unsatiated ambition, he SO wants to be Prime Minister one day. He just does. Gove, too, is a former journalist, and held loads of senior posts on The Times – including a stint as news editor – before winning a seat in Parliament. He’s also married to the Daily Mail columnist Sarah Vine. Or he was, but they’re getting divorced. I’d want to keep any salacious details quiet if I was Gove, wouldn’t you? These politicians have the power…

If even these former hacks want to gag journalists these days, what hope is there that the UK won’t edge ever further towards North Korea? The Hermit Kingdom’s state-run news agency, KCNA, doesn’t realise just how strange it is to the outside world with stories such as “Exploits of Peerlessly Great Persons Highly Praised,” the invention of a waterproof liquid (ie: your bog standard sealant) or the discovery of a unicorn lair…

Britain’s not quite there yet. But who knows… if the ex-journalists running the country have their way, that could be the tabloid fodder we end up with. Maybe BoJo might like to resurrect his byline and liven them up with a pithy quote or two?