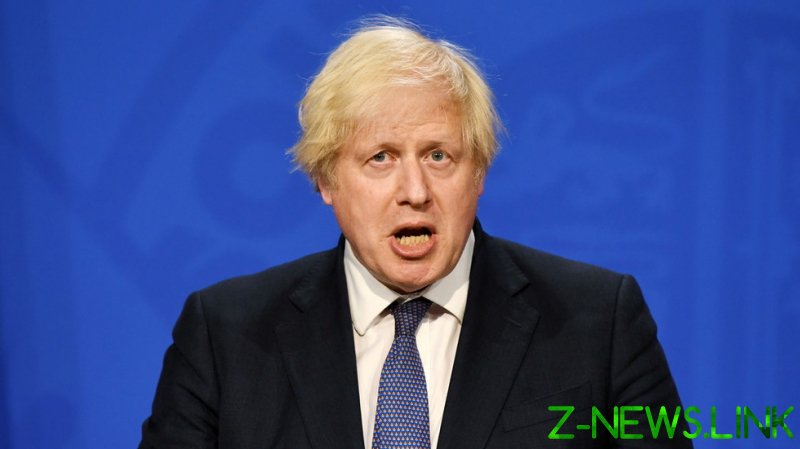 On Monday evening, Boris Johnson announced that England would move to Step 4 of the Covid ‘roadmap’ soon, on July 19. This was due to be the day when all legal restrictions were to be lifted and life was going to get back to normal. In one sense, that will happen. But the announcement was accompanied by caveats, guidance and threats of more clampdowns.

First the good news: legal enforcement of most lockdown measures will finally end. Pubs, nightclubs and more will be able to operate normally. Face masks will no longer be legally enforced, either, but individual transport operators and businesses can continue to make their own rules.

However, it is wrong to say that all legal restrictions have gone. The ‘test, trace, isolate’ (TTI) system remains in place and it is creating huge problems. Not only do people who have tested positive need to isolate themselves, but their named contacts (or those who get ‘pinged’ by the app) will have to do so, too. These rules are even stronger than the wider lockdown rules at the height of the pandemic. People who are told to isolate are not allowed to leave their homes for any reason nor may they receive visitors for 10 days after their last contact with the infected person. If you develop symptoms, you get a test and if it is positive, the 10-day period starts all over again.

Asking infectious people to isolate themselves seems reasonable. But asking the same of many people who have merely been in contact with someone who has tested positive, this cannot work. There is no get-out clause if you test negative or if you have been fully vaccinated. No wonder that many smaller businesses are terrified of being shut down for up to two weeks because one staff member has a positive test and everyone else is forced to isolate. The rules are clearly excessive – there should surely be a better way of isolating people who are infectious while allowing everyone to be freed with a negative test.

Moreover, while the criminal law may not be used any longer, the government has plenty of other ways to sustain restrictions. It is understandable that the government would advise caution in returning to normal in a situation where cases have been rising quite fast. But on face masks, for example, Johnson said: “We will stick to our plan to lift legal restrictions and to lift social distancing, but we expect and recommend that people wear a face covering in crowded and enclosed spaces where you come into contact with those you don’t normally meet, such as on public transport.”

In other words, legal enforcement will be replaced by moral enforcement. The same thing goes for nightlife and events. Johnson declared that “as a matter of social responsibility we’re urging nightclubs and other venues with large crowds to make use of the NHS Covid Pass – which shows proof of vaccination, a recent negative test or natural immunity – as a means of entry.” So after vacillating for months, the government will put pressure on venues to use ‘Covid passports’ after all.

That’s clearly going to be the case with sporting events. The Telegraph reported on Tuesday that fans going to stadiums will be expected to use the NHS app to prove they have been vaccinated, have tested negative or have had a positive PCR test within the previous six months (proving natural immunity) – and they’ll have to wear masks, too.

No doubt there will be eyes across the Channel to France, where President Macron has decided that, phased in over the next few weeks, people will have to prove their Covid status before visiting bars, restaurants, shopping centres, hospitals and many other public venues or to travel on long-distance trains. That is despite the fact that cases remain relatively low (3,777 per day on average for the past week) and with over half the population having had at least one dose of vaccine (a third have had both doses).

The result has been a rush to get vaccinated. According to the Guardian, French people have been booking vaccinations at the rate of 20,000 per minute since the announcement. That said, a culture of ‘show me your papers’ has long existed in France and the first lockdown meant you needed written permission to leave your home. Perhaps such measures seem more normal there. Nonetheless, the UK government may feel that such pressure might increase vaccination rates here at a time when the vaccination programme has somewhat stalled: first doses hit 80% of adults back on June 16, but are still at just 87.3% nearly a month later.

What really comes across with this ‘reopening’ is that Johnson has bottled it. He should have faith that the vaccines are working. Cases are still rising, as a result of the Delta variant and the greater mixing of people since Step 3 in May. But that rate of growth has been falling and it may not be much longer before case numbers peak again and start to fall. Those cases are largely in younger people who have either not been vaccinated or have only had one dose.

As a result, hospitalisations have been among younger people, who spend less time in hospital so the pressures on the NHS from Covid are still far less than during the winter wave. Overall mortality rates, taking into account the changing age profile of the population, are actually lower than in 2019, before the pandemic struck. For the year to date, even including that terrible winter, overall mortality rates are now lower than in 2012, 2013, 2015 and 2018. If that’s the case, why are we still acting like we’re only tentatively willing to stop acting like we’re in an emergency situation?

Rather than really giving us freedom, Johnson has passed responsibility for policing us on to businesses and institutions. Universities, for example, already appear to be planning on keeping many restrictions in place in the autumn term. Budget airlines have said face masks will continue to be mandatory. Sports venues will undoubtedly follow the new guidelines on demanding Covid passports.

The careful use of the word ‘expect’ means that anyone who refuses to wear a mask – maybe on public transport or in a supermarket – might be in for a broadside from other individuals determined that they should be worn. Meanwhile, talk of ‘Freedom Day’ has been conspicuously dropped, as has the idea that opening up will be ‘irreversible,’ with plans already being put in place for a return of restrictions in the autumn, if required.

We really need to learn to live with Covid. We cannot let it dominate our lives as it has over the past 17 months. Yet the prevarication on really opening up leaves many of us wondering when, if ever, we can finally let go of this pandemic.