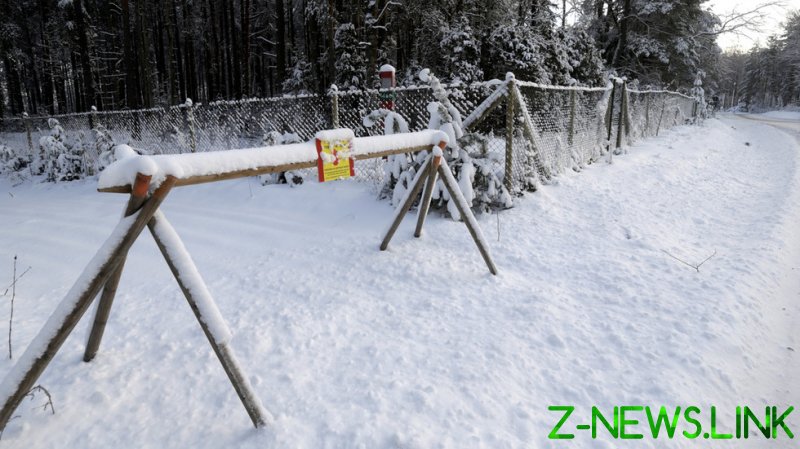 In an address to mark the New Year on Friday, Henn Polluaas, the most senior figure in Estonia’s legislative assembly (the Riigikogu), decided to remind the Estonians of the Treaty of Tartu – a post-World War I peace agreement struck between the Russian Soviet Federative Socialist Republic and Estonia.

“On February 2, we celebrated the centenary of the signing of the Tartu Peace Treaty, by which Russia forever recognized Estonia’s independence and inviolability,” Polluaas said, proceeding to claim that the Russian-Estonian border agreed in the treaty “is still valid today, according to international law.”

Signed in 1920, the deal notably saw Estonia granted part of the Pskov province east of the Narva River – but it then lost these territories at the end of World War II. The areas in question are now part of Russia’s Leningrad Region, surrounding the city of Saint Petersburg and bordering Estonia and Finland.

Estonia’s territorial losses disputed by officials like Polluaas followed Second World War events highly contentious among modern historians – including the Nazi German occupation, the Estonian collaboration with the Nazis, and the Soviet move to incorporate the Baltic states in 1940, which Tallinn considers annexation and occupation. The region was the site of fierce fighting during WWII, after Estonia was incorporated into Nazi-run Reichskommissariat Ostland. German forces, as well as locally-raised troops fought running battles against the advancing Soviet Red Army before the country was liberated in September 1944.

Moscow and Tallinn tried to mend the long-running dispute in 2014 with a new border pact signed by the nations’ top diplomats – but the treaty, which particularly stressed there were no territorial claims between the nations, has never been ratified in the Estonian parliament.

In a similar address last year, Polluaas insisted that politicians would continue to reject the deal until it ceased to “abandon” the territories lost at the end of WWII.

The Governor of Leningrad Region, Alexander Drosdenko, hit back at Polluaas’ statement on Sunday, telling reporters that the parliamentarian’s position depended entirely on “selective memory.” Pointing to previous border negotiations as far back as 1996, he argued that “when signing the protocol, the Estonian side did not have a single question.”

There had been hopes in Moscow that the historical issue had been resolved with three separate border pacts put forward since then. In September last year, Estonia’s Foreign Minister Urmas Reinsalu also sought to play down the dispute, saying that “if you ask whether the Estonian government plans to make territorial claims against Russia in the future, my answer is no. We don’t have that in our plans.”

The President of Estonia, Kersti Kaljulaid, has also acknowledged that the country’s entry to NATO had been contingent on it settling the dispute and agreeing to the postwar borders. “Without this approach,” she said, “we would never have opened the door” to the US-led military bloc and urged both sides to work hard to see the ratification of the border treaty.

However, the Baltic country has taken steps to formalize its borders in other ways. In December, Tallinn completed 23.5km of fortifications on its frontiers with Russia, at a cost of $80 million. Estonia’s Minister of the Interior Alar Laneman hailed the installation of a new border fence as being of both “practical and… very big symbolic and political significance.” He added that it stood on “the European Union and NATO’s external border and we all understand that a well-equipped border furnished with the needed technical means and secured is very important for Estonia and the EU to live safely.”