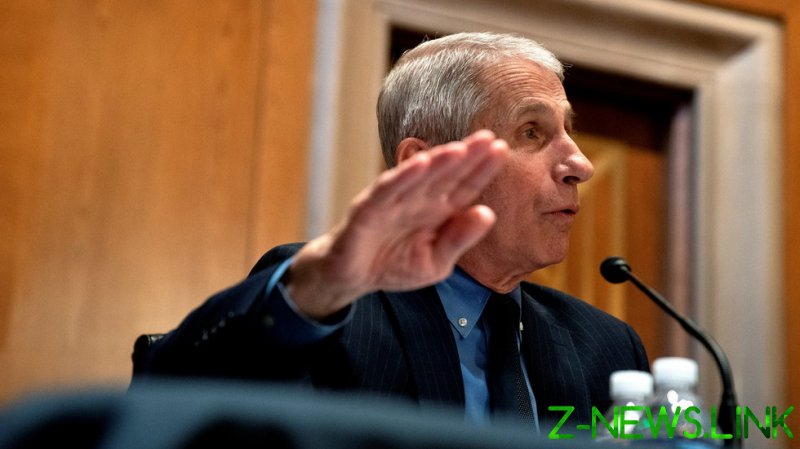 Fauci appeared with CNN’s Wolf Blitzer on Friday night to address the Big Pharma firm’s announcement the day prior, noting he was not informed about the statement ahead of time while stressing US health agencies’ current recommendations about a booster dose.

“Certainly, Pfizer is doing their own studies… and as they’ve indicated they’re ultimately going to apply to get authorization to give a boost,” he said, adding that those who’ve received two doses of Pfizer and Moderna’s vaccines, or one of Johnson & Johnson’s single-shot jab, “do not need to get a boost right now.”

However, the health adviser also noted that studies into additional doses are ongoing within the Food and Drug Administration, the Centers for Disease Control and Prevention, as well as the National Institutes for Health, suggesting they have not been ruled out for good.

Having said that, the FDA, the CDC and NIH are now gathering information through clinical studies… to determine if and when we might need boosters. But that’s not right now. Nothing has changed with regard to the CDC’s recommendations.

Pfizer said on Thursday that, despite “strong immune responses” observed after two doses of its inoculation, it would study whether a “third dose would boost them further.” The company’s chief scientific officer added to Reuters that it would request federal approval for boosters within the next month, noting that data from some countries, namely Israel, indicate the vaccine could be losing effectiveness amid the rapid spread of the ‘Delta variant’ and other mutations.

Fauci, however, said the announcement took him by surprise, telling Blitzer that Pfizer CEO Albert Bourla even contacted him to apologize for not giving a heads up. While the CNN host suggested US health officials might not be “on the same page” with pharma firms when it comes to booster shots, Fauci insisted that is not the case.

“Wolf, we are on the same page,” he said, later adding “It appears to be a mixed message, but it’s not. The message is very clear: The CDC and FDA say if you’ve been fully vaccinated, at this point in time you do not need a booster shot.”