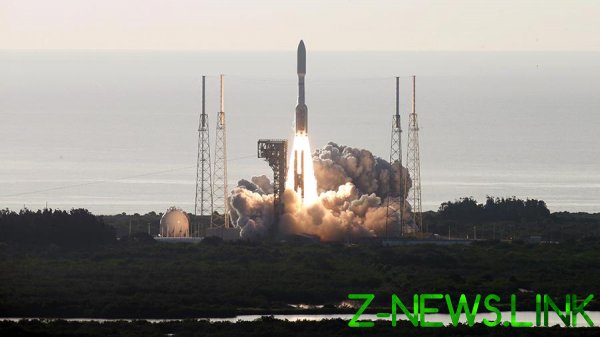 The carrier rocket Atlas V (“Atlas-5”) with the Rover Perseverance started on Thursday at 14:50 Moscow time from the cosmodrome on Cape Canaveral in Florida in the United States. The Twitter stream is the American National office for Aeronautics and space research (NASA) on July 30.

The research output of the Rover into orbit is scheduled for February 18, 2021.

The main tasks Perseverance — the search for traces of life on Mars and test new technical solutions, said on 28 July, the Director of NASA Jim Breidenstein. According to him, this is the first time in history, when the main objective was to study in the field of astrobiology. The Rover needs to go to an ancient crater Jezero, which was once a lake bottom.

Research suggests that 3 billion years ago, Mars had an active atmosphere on the planet was water, and the surface had protection from solar radiation. Breidenstein does not exclude that then on the planet were suitable conditions for life.

The Rover will collect soil samples and afterwards they will return to Earth. In addition, specialists will test new technologies, among which the production of oxygen for life support systems.

The Rover Perseverance received its name in March 2020 after seven months of American national competition, translated into Russian language it means “perseverance”.