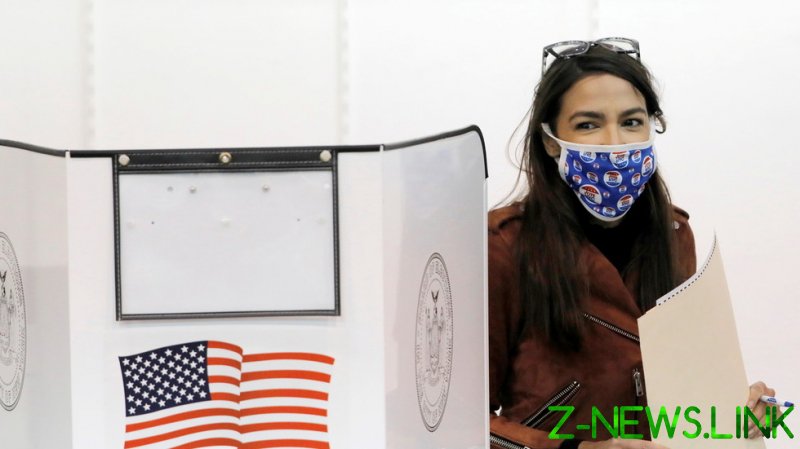 Though she spent the majority of the interview speaking about herself, the New York congresswoman did express ire when it comes to Trump and a recent report from the New York Times claiming he paid $750 in federal income taxes in 2017.

“These are the same people saying that we can’t have tuition-free public colleges because there’s no money,” Ocasio-Cortez said, “when these motherf**kers are only paying $750 a year in taxes.”

If Trump wins on November 3, Ocasio-Cortez says she will not be able to look her constituents “in the eye and tell them that they will be safe.”

The congresswoman, a promoter of higher taxes on the rich in favor of public services, also slammed “bulls**t little 10 percent tax cuts” and said her party needs to implement more major change instead of incremental progress.

She doesn’t seem too excited about a Joe Biden victory either.

“You know how many Trumps there are in the waiting?” she added.

Despite predicting the doom of her own party, the young congresswoman also sees herself as having the baton of “boogeyman” passed down to her from Rep. Nancy Pelosi (D-California) and former presidential candidate Hillary Clinton.

“It’s very dehumanizing in both ways, strangely, both the negative and the positive,” she said of press coverage surrounding her. “It’s not an accident that, every cycle, the boogeyman of the Democrats is a woman. A couple of cycles ago, it was Pelosi. Then it was Hillary, and now it’s me.”

That “boogeyman” title may even come with an eventual position in the White House.

“I truly make an assessment to see if I can be more effective,” she said. “And so, you know, I don’t know if I could necessarily be more effective in an administration, but, for me that’s always what the question comes down to.”