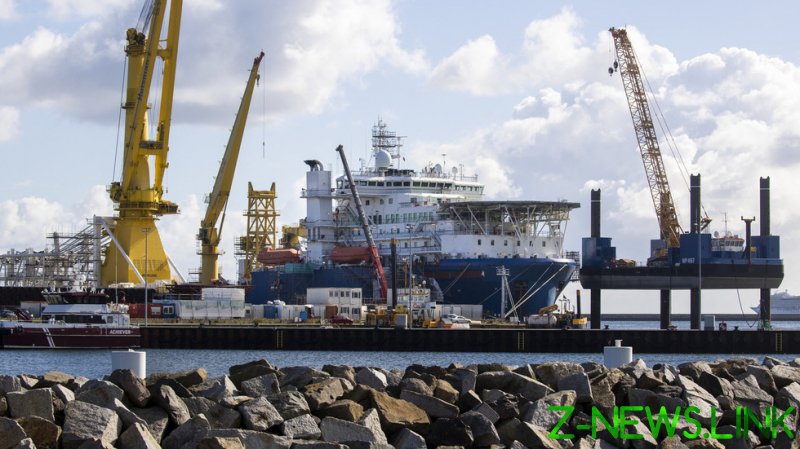 Citing sources in the Biden administration, Bloomberg news service reported on Thursday that a series of measures aimed at halting the construction of the Gazprom-sponsored underwater link, which will carry fuel from Russia to Western Europe, could be imminent.

However, the report noted, “Secretary of State Antony Blinken is loathe to target companies or individuals from nations like Germany, arguing that it’s more important to find a diplomatic solution and heal rifts created by [former US President Donald] Trump’s ‘America First’ approach to foreign policy.”

There had been speculation that Blinken would push a continuation of Trump’s policy of hard-hitting sanctions against all firms involved in the laying of the Baltic Sea pipeline. However, that approach drew a furious response from Berlin, which has pursued the joint venture with Moscow in the face of staunch opposition from the US.

Last year, Washington gave stern warnings to hundreds of European construction and maritime firms, threatening them with punishments for their involvement in the project, which it calls a “grave threat” to the continent’s “energy security, and American national security.” However, the US has faced accusations that its motives are more cynical, and about dominating the regional energy market. According to POLITICO, a common refrain in Berlin is that “the Americans don’t care about Russia, they just want to sell us their fracking gas.”

Earlier this month, Germany’s Foreign Minister Heiko Maas warned that opponents of the venture must consider the “geostrategic” consequences of failing to finish work on Nord Stream 2. He warned that those seeking to torpedo the project, such as the US, should think “about what it would mean in terms of the prospects for influencing Russia from Europe.”

In a fiery salvo against those working to block the plan, he argued that “you say that, because of the events in Russia, we should no longer do business with it… I don’t value the strategy of burned bridges, it is not only wrong, but also dangerous.”

However, Ukraine has vehemently continued attempts to block construction, arguing that it was a matter of “life and death,” and that Russia’s reliance on Kiev for fuel transit protects it against “aggression” from its eastern neighbor.