Bomb squad responds to ‘suspicious bag’ found amid rally outside Walter Reed where Trump is being treated (PHOTOS, VIDEOS) 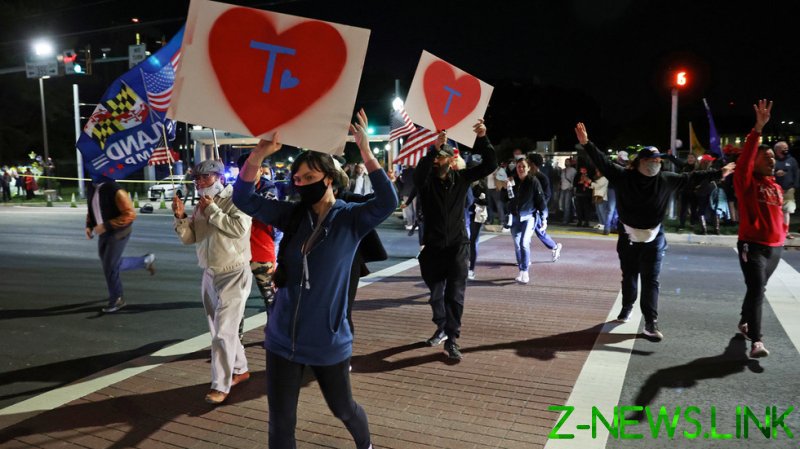 Police cordoned off the area and shut down a section of Rockville Pike, diverting traffic and pushing Trump supporters away, after the suspicious bag was discovered in the area near the entrance to the medical facility on Saturday night.

The Montgomery County Bomb Squad responded to the incident, with a sniffer dog seen investigating the backpack in multiple videos shared by witnesses online.

After a thorough investigation, however, the bag was deemed not a threat and the authorities gave the all-clear for activists to return.

The backpack was returned to the owner, who claimed he left it at the crosswalk by accident, according to local reporters at the scene.

Hundreds of people have been rallying outside the Walter Reed Army Medical Center in Bethesda, Maryland since Donald Trump was flown to the presidential suite inside the facility with “mild” symptoms of Covid-19.

In a video address to the American people on Saturday, Trump thanked supporters for their energy and medical personnel for their extraordinary work, saying he felt “much better” and was hoping to get back to public work in the nearest future.

Trump is making “substantial progress” since the diagnosis and “remains fever free and off supplemental oxygen” as of Saturday night, according to the latest update from his physician, Dr. Sean Conley.