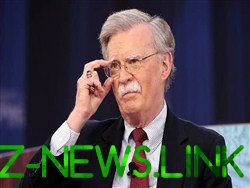 The assistant to the President for homeland security John Bolton declared that Russia is modernizing its nuclear missile potential “missiles with hypersonic planning warheads, hypersonic cruise missiles using technology, many of which were stolen from US”. He commented on the incident at the naval training ground near Severodvinsk, where the explosion occurred during testing of missile weapons.

Earlier, the head of the United States Donald trump claimed that in the White sea exploded a Russian cruise missile “savages”. The trump and Bolton believe that the United States has “more advanced technology” in the nuclear missile area. Press Secretary of the President Dmitry Peskov on such statements reacted sharply: “Our President has repeatedly said that Russian developments in this field is still far ahead of the level reached in other countries, and are quite unique.”

Of course, in the statements of the two parties there is an element of information warfare. “I personally know Mr. Bolton, emphasizing the exclusivity of Americans, so not very surprised that his statement – said the former head of the Russian General staff army General Yuri Baluyevsky. – He checked our drawings, our development?

This is again about the exclusivity of Americans, that all the others can copy or use what they give?”

Military expert major General Vladimir Dvorkin, who once headed the 4th Central research Institute of the Ministry of defence (engaged in strategic nuclear planning), said that Russia was stealing the US technology of hypersonic weapons, as developed them long before the Americans: “if you expect a hypersonic device was developed in the Soviet Union, when the Americans are not even engaged”.

Note that a few months ago the Pentagon said that before the military-industrial complex (MIC) USA set the task to catch up with Russia and China in the field of hypersonic weapons has gone far ahead. Russia much earlier than US, started to engage in the creation of hypersonic missiles. Now anybody while in the world of such weapons. This anti-ship missile “Zircon” (range up to 1000 km, speed Mach 9), the “avant-garde” with a hypersonic glide a winged block (can hit targets at a distance of 11 km at Mach 20) and aircraft systems “Dagger” (combat radius is 2-3 thousand km, speed of Mach 10-12).

This weapon is the most powerful missile is the “Vanguards” that are launched to the target using Intercontinental ballistic missiles (ICBMs), UR-100N utth. These missiles were developed in the USSR and put on combat duty in 1975. The impetus for the creation on their basis “avant-gardes” was given by the Americans, creating in the 80-ies of the last century more advanced than in the Soviet Union, the system of its missile defense (BMD). In 1987 specialists of NPO mashinostroeniya (Reutov), which address these issues (program “Albatross”) and offered to equip Intercontinental ballistic missile planning winged warheads with a very high speed, which allows to overcome the US missile defense.

After the collapse of the USSR, work on this project has stalled, but not stopped, and after 2001, the United States from the ABM Treaty, they began with new force and in 2005 has already led to positive results when testing hyperacusia. Even then, President Vladimir Putin said: “We are developing new strategic systems, what no one in the world. They will work on a hypersound, change direction on course and altitude. Virtually invulnerable to missile defense.” March 1, 2018 in the Message to the Federal Assembly, Putin spoke about the completion of such developments. By the end of this year the regiment was equipped with “avant-garde”, will be put on combat duty.

Soviet roots and the development of hypersonic missiles “Dagger”, which, according to experts, is a modernized air start single-stage solid fuel rocket-driven 9M723 ground tactical complex (PTRC) “Iskander-M”. The development of the PTRC was launched in the USSR in 1988. It was created to replace the complex “Oka”, which fell then under the provisions of the Treaty with the United States on intermediate-range and shorter-range. Hypersonic anti-ship cruise missile “Zircon” as a complex “Avangard”, created in the oldest Russian and Soviet machine-building NPO (founded in 1944).

Note that in the USA programme on “advanced hypersonic weapon” (Advanced Hypersonic Weapon – AHW) was launched only in 2006. It is recognized as inefficient. And now, as in Russia, OPK the United States develop hypersonic weapon carriers of which are aircraft, missiles, ships and submarines. According to experts, only about six or seven years they will be able to approach the results, which are available in Russia.

“In addition to the creation of new types of hypersonic weapons the Russian defense industry deals and developments associated with systems of protection against him,” – said “NG” military expert, Colonel Alexander Ovchinnikov. That is the problem, in his opinion, put before the Russian defense industry Vladimir Putin at the may meeting on developing the Armed forces and the defence industry. Then the head of state said: “We know perfectly well that, while such weapons in the world, no one except Russia. But we also understand that in the leading countries of the world sooner or later these weapons will appear. Protection from such weapons, we should appear before the hypersonic weapons will be put on combat duty in the army, which I have already mentioned”.

“The U.S., of course, fear of new Russian weapons development, so they have less attention to their tests, especially the tests failed, resulting in the official review, various assumptions, estimates and projections on this topic on the part of the US President and his aides” – says Ovchinnikov.