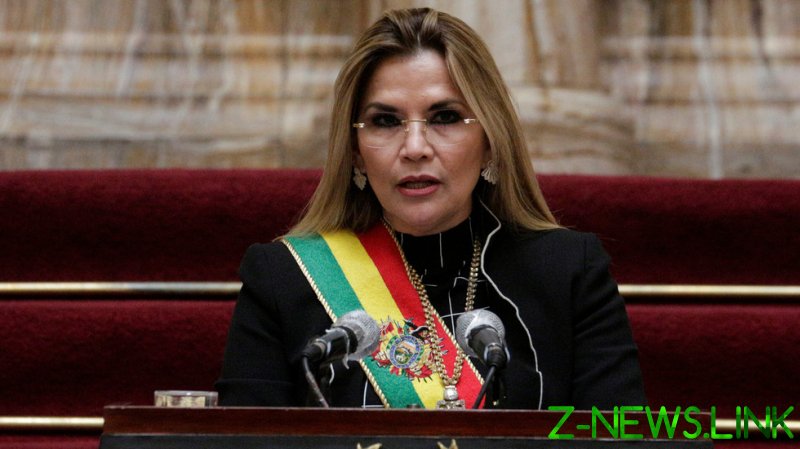 Anez’s arrest warrant was issued by a court on Friday and was executed on Saturday morning, Minister of Government Carlos del Castillo announced on Twitter. He hailed the development as a step forward in giving the Bolivian people the justice they deserve.

Bolivian media showed images of the politician being taken into custody. Anez and other members of her government have been accused of sedition, terrorism and conspiracy over the way they took and held on to power.

Meanwhile Anez denounced the Bolivian government, saying her arrest was “abuse and political persecution”, denying that a coup ever happened in the country.

A number of police officers were spotted around Anez’s home in the city of Trinidad, northeast of La Paz, on Friday after the news of her imminent arrest broke.

Anez served as the leader of Bolivia after violent mass protests in 2019 forced Morales to resign and flee the country. The uprising was triggered by allegations of election fraud, which were later revealed to be largely unsubstantiated. The Anez government deployed the military against Morales’ supporters, who staged counter-protests, and it temporarily gave the troops immunity from prosecution for their actions as they quelled the dissent.

Morales was forced to go into exile after the Bolivian security forces sided with his opponents, with Anez’s ‘interim’ conservative government later taking power in the South American country. However, she withdrew her candidacy from the next election in 2020 one day after polls showed the pro-Morales candidate in the lead.

The Movement for Socialism (MAS), Morales’ political party, made a comeback by winning the November 2020 general election and securing the presidency for Luis Arce.