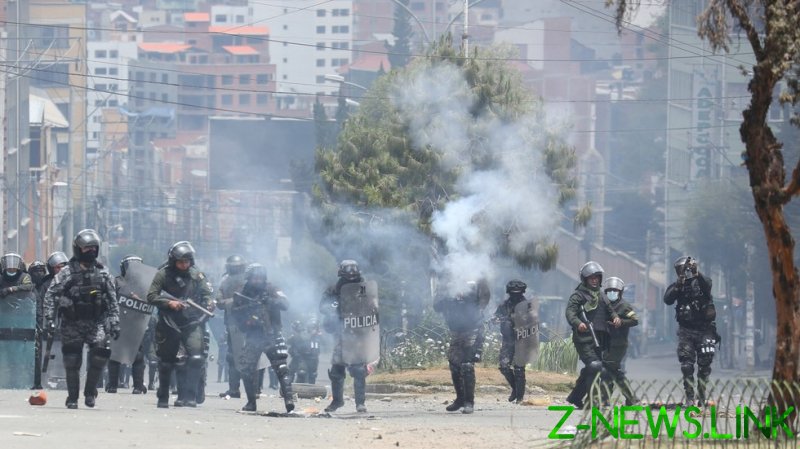 Security forces were ultimately forced to retreat as farmers from a group called the Self-Defense Committee took over the market in the Villa Fatima neighborhood, where 90% of the country’s legal coca leaf is traded, according to the UN.

AFP reported that two protesters and two members of the security forces were injured.

A group of coca leaf growers from Bolivia’s Las Yungas region is fighting for control of the market with a rival faction reportedly allied with authorities. Las Yungas enjoyed a monopoly on legal coca leaf growing until 2017, when then-President Evo Morales legalized coca production in his home region of Cochabamba.

The clashes on Monday followed weeks of protests by indigenous activists who demand that the government respect the rights and customs of their land.

“We decided to fight to recover our coca market. We showed that we are the true traditional producers, and not that [pro-government] group that wanted to settle illegally and subject us to the government,” the Departmental Association of Coca Producers (ADEPCOCA) tweeted on Monday.

Local media quoted the leader of a rival faction, Arnold Alanez, as saying he will purchase a new property to function as marketplace.