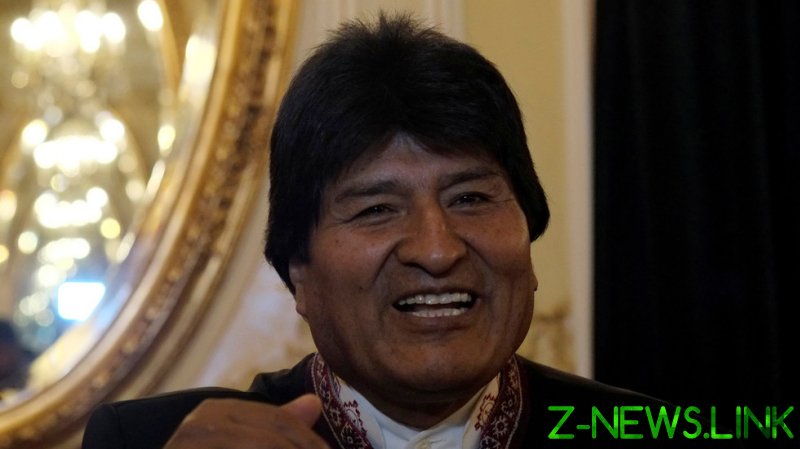 The ex-president’s rights, including his right for judicial protection, have been violated, Judge Jorge Quino, the head of the Departmental Court of Justice in La Paz, said as he explained the court’s decision to grant a request filed by Morales’ lawyers.

He also said that judicial procedures were violated in this case since Morales was not properly summoned. The charges were dropped as the prosecutors did not comply with the procedures established by law, Quino told Bolivia’s Unitel TV Network.

The ruling does not mean though that the currently exiled former president, who was indicted for inciting riots and “terrorism” in the wake of his ousting last year, can safely return home just yet. The decision is yet to be approved by the nation’s Plurinational Constitutional Court which can still reverse it.

An arrest warrant against Morales was issued by the Bolivian prosecutor general back in December 2019 under a ‘provisional’ government formed in the wake of a coup. The interim government, led by right-wing Senator Jeanine Anez, argued that his calls for protest amounted to “sedition and terrorism,” and vowed to jail the ex-president “for the rest of his life.”

Morales, who ruled the nation for 14 years, resigned from the presidency and went into hiding in November 2019, under pressure from the military. Earlier that month he was accused of election fraud by the opposition after a controversial vote.

Still, even in absence of its leader, Morales’ Movement Toward Socialism (MAS) party secured majorities in both chambers of the Bolivian parliament in the latest general elections held on October 18. Socialist Luis Arce, who served as an economy minister under Morales and was allegedly handpicked by the former leader as a presidential candidate, also won the vote, securing a landslide victory against his leading rival, Carlos Mesa.