Home / WORLD / BoJo’s £16.5 billion splurge on the UK military is part of his desperate attempt to ‘make Britain great again’

BoJo’s £16.5 billion splurge on the UK military is part of his desperate attempt to ‘make Britain great again’ 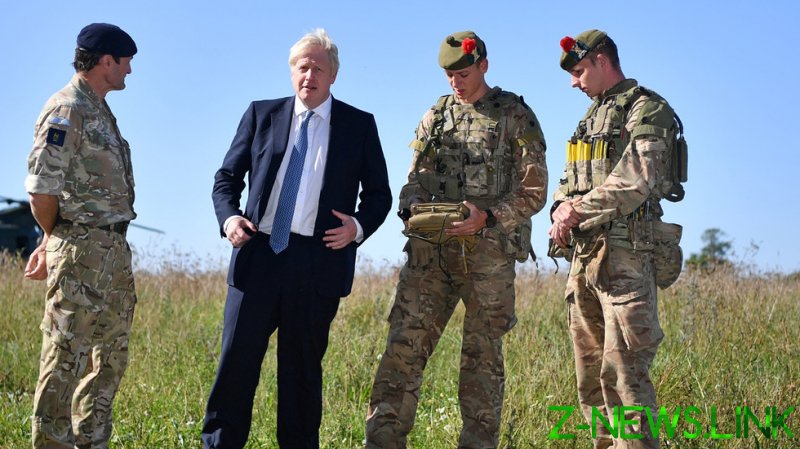 Boris Johnson’s announcement that the United Kingdom would be undertaking the biggest increase in defence spending in over 30 years has come as a major surprise.

Pledging what is likely to amount to an additional £16.5 billion over the next four years to the military, the prime minister vowed to “bolster our global influence” and warned that “the international situation is more perilous and more intensely competitive than at any time since the Cold War,” urging Britain to be “true to its history.”

The commitment has not surprisingly raised eyebrows, given that the country is in the middle of a pandemic which has taken its toll on public finances, with a compelling argument that the money should be spent elsewhere.

What’s behind it all? BoJo’s remarks could not make it more obvious. Talk of an “intensely competitive” situation can only truly refer to growing tensions between the US and China, with, of course, the former prodding Britain to take a side against the latter.

Then, in addition to that, mentions of “global influence” and being “true to our history” are not so much weighted upon world events as they are an attempt to bolster Johnson’s vision for Brexit and ‘Global Britain’, which has been a running theme of UK foreign policy for several years now.

And all of this is floated on the sense of esteem that Britain can still be a ‘great power’ again, and does not need to be part of Europe.

But the world has changed. Driven by Donald Trump’s administration in the US, a new era of competition has emerged where the US and its allies perceive the rise of China as a threat to the centuries-long hegemony enjoyed by Western powers.

This has driven an appetite for a cold war in Washington, which has lobbied its allies to take an increasingly tough stance on China. It is no surprise that the US quickly praised the announcement of increased spending.

But despite the so-called ‘special relationship’ between the UK and US, Britain under Boris Johnson was initially among the more reluctant to take such a hard line on China. Once praiseworthy of the Belt and Road initiative and eager to include Huawei in the UK’s 5G network, Johnson was keen to ignore Trump’s anti-China postures because China was earmarked to be part of the UK’s ‘global vision’.

However, the Covid-19 pandemic made it politically advantageous for the government to deflect blame for its failures onto China. And as the US became more hostile to Beijing, Boris faced growing internal pressure from right-wing MPs to do so as well.

Thus, as he has on many other occasions, the prime minister U-turned and signed himself up to a stance that could be described as ‘anti-China-lite’. The US has been pushing its allies to commit to an increase in defence spending, as an attempt to counterbalance against China’s growing power, and also to cooperate – despite the UK’s geographic irrelevance – on matters such as the South China Sea, where there are growing tensions.

Yet that does not fully explain Johnson’s decision. The aspiration for an increasingly militaristic Britain is a running theme of a post-Brexit Conservative Party which has advocated the rhetoric of a ‘global Britain’. This is part of a broader mindset which looks back on nostalgic memories of a Pax Britannica where the UK dominated the high seas and global commerce.

This is contrasted with the mentality that the UK did not truly belong being ‘shackled down’ in the European Union, and thus leaving could unleash Britain’s potential. Hence the prime minister obsessed about securing trade deals all over the world, with a special focus on ‘Anglosphere’ countries such as the US, Australia and Canada.

This mindset has come with an element of military logic, too: the idea that a global Britain needs to, as in times of old, ‘project its power’ overseas to secure its interests – ‘Britannia rules the waves’ revisited, if you like.