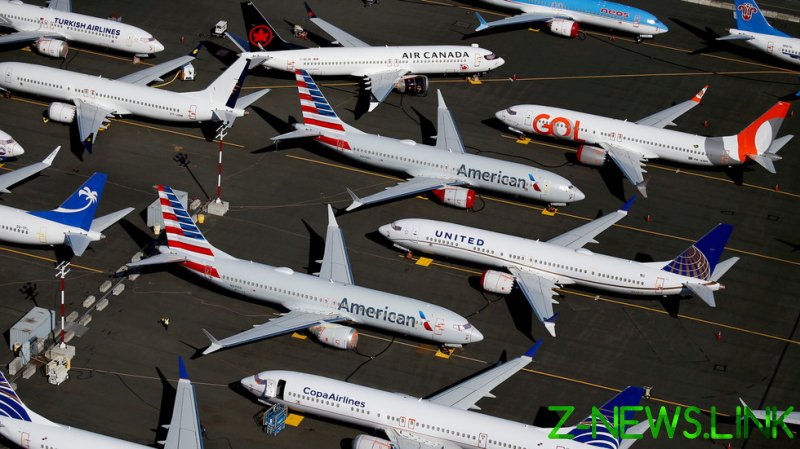 “The tragic crashes of Lion Air Flight 610 and Ethiopian Airlines Flight 302 exposed fraudulent and deceptive conduct by employees of one of the world’s leading commercial airplane manufacturers,” Acting Assistant Attorney General David Burns said in a statement on Thursday.

Boeing’s employees chose the path of profit over candor by concealing material information from the [Federal Aviation Administration] concerning the operation of its 737 Max airplane and engaging in an effort to cover up their deception.

The department said the massive settlement will include a criminal penalty worth $243.6 million, $1.77 billion in payments to buyers of the 737 MAX, as well as a smaller $500 million contribution to a crash victim beneficiaries’ fund, which will compensate the families of passengers who perished in the two accidents. The payments will have no impact on ongoing civil litigation against Boeing by relatives of crash victims, according to lawyers for the plaintiffs cited by Reuters, who noted that the settlement would only strengthen their case.

The company was also charged with conspiracy to defraud the United States, with the DOJ saying that Boeing admitted to deceiving FAA monitors about a key aircraft component that “impacted the flight control system of the Boeing 737 MAX” and contributed to the crashes.

“The misleading statements, half-truths, and omissions communicated by Boeing employees to the FAA impeded the government’s ability to ensure the safety of the flying public,” said US Attorney Erin Nealy Cox for the Northern District of Texas.

The two fatal 737 MAX crashes – a Lion Air-operated craft in 2018 and another owned by Ethiopian Airlines one year later – killed 346 people in total, both linked to malfunctions with the plane’s flight control system. The accidents prompted the MAX to be grounded worldwide for over a year as the FAA probed possible flaws in the craft.

In their investigation, federal regulators found that Boeing repeatedly misled FAA monitors and knowingly submitted the MAX for final certification even after concluding that some of its safety software and parts were defective. For that, the multi-billion dollar company was fined just $5.4 million by the FAA early last year, while the MAX was again cleared to fly in November at the end of a lengthy probe.

The company has admitted to wrongdoing and waived its rights to a trial as part of the deferred prosecution deal, according to CNBC, while CEO Dave Calhoun called the move “a step that appropriately acknowledges how we fell short of our values and expectations” in a note to employees on Thursday.

Boeing stock dropped by just over 1 percent in after-hours trading after the settlement was announced.