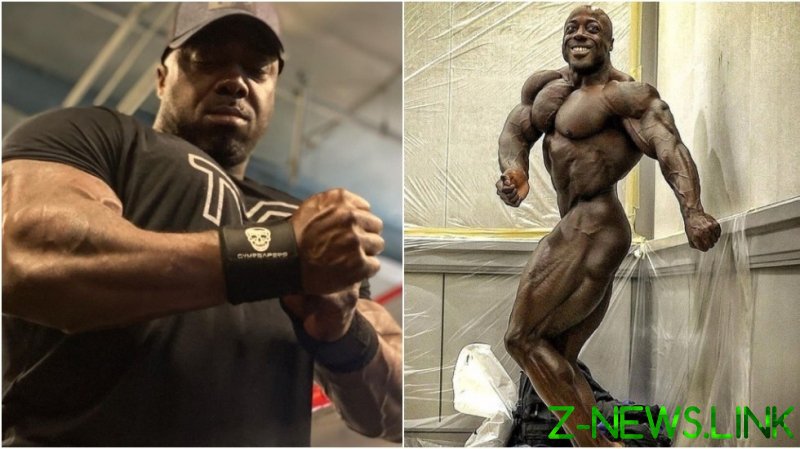 Event organizers announced Peterson’s death in a post on Instagram, writing: “It is with great sadness that we report the unexpected passing of George Peterson, a champion on stage and off.

“Our condolences go out to his family and all who respected and admired one of the kindest men we have ever known.”

A cause of death has not yet been revealed, although the 37-year-old’s coach and close friend Justin Miller is said to have described him as being in good spirits the night before his passing, according to US outlet TMZ.

The following day, Peterson apparently failed to respond to text messages or phone calls, before he was reportedly found face down on the floor in his hotel room.

Despite Miller’s efforts to perform CPR, his friend had likely died several hours earlier, although no official report on his death has yet been issued.

“I’m in shock George was an absolute legend. I was always grateful to share the stage with such a great man,” wrote fellow bodybuilder and two-time Mr. Olympia Chris Bumstead.

The bodybuilder, who has competed in the sport for a decade and was nicknamed ‘Da Bull’, had enjoyed more success since returning to competition in 2017, including the 2019 Arnold Classic Physique and the 2020 Tampa Pro titles.

Peterson had posted on Instagram as recently as Tuesday, sharing a video titled ‘How Soon Should you Eat After a Workout?’

According to body-building outlet Generation Iron, Peterson was “also known for his humble attitude and positive demeanor.”

“He was not only a beloved bodybuilder – but a beloved man to friends, family, and those in the bodybuilding community lucky enough to have met him,” the outlet said.

According to Generation Iron, “Peterson’s death comes after a string of other passings that have tragically hit the bodybuilding industry.

“While no cause of death has been confirmed, Peterson is the second bodybuilder to pass away just before being set to compete in a competition,” it added.

The 2021 Mr. Olympia event got underway on Thursday and is set to run until October 10.