Body of Instagram lifestyle star found by police in rural Russian woodland, as authorities question husband over her disappearance 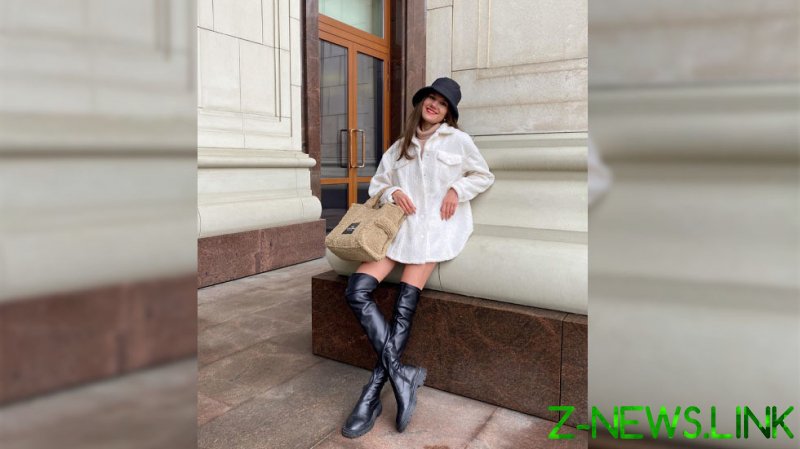 Officers investigating the 28-year-old social media star’s disappearance revealed on Thursday that her corpse had been discovered in the woods near the Russian city of Ekaterinburg. Identifying the body reportedly took two weeks, and she had not initially been reported missing.

A passing driver, on the road to the country’s fourth largest city, reportedly found Zhuravleva after stopping for a break by the side of the highway. Valery Gorelykh, the press secretary of the local administration, told reporters that she was lying on the ground, lifeless, but showing no signs that a violent crime had occurred.

One of Zhuravleva’s friends had sounded the alarm in recent days after the blogger went quiet for more than a fortnight. While her glossy Instagram feed, showing off what she described as her “lifestyle aesthetics,” was usually full of new content and carefully curated, she had not posted for over a month.

Local news site URA.ru has since reported that the social media starlet’s husband is now the key suspect in her death, and there have been reports that they had a quarrel shortly before her disappearance. An unnamed official told the agency that he was “apparently under the influence of psychotropic substances” and had signed a confession. However, the source added that investigators still had reservations about whether the case was closed and were continuing to explore alternative explanations. A murder file has been opened.

As well as sharing polished pics of her own life, Zhuravleva offered her services as a social media consultant to aspiring influencers and brands looking for online attention. Through her lifestyle blogging website, she offered consultations that included a 40-minute lecture, a guide to digital marketing, and even custom-made photo filters to bring out the best in clients’ snaps.

In 2019, the body of a prominent Instagram star was found stuffed into a suitcase in her Moscow apartment. Police in the Russian capital reported that Ekaterina Karaglanova had died after having her throat cut. A practicing dermatologist, Karaglanova had amassed more than 85,000 followers on Instagram and was reported to have started a new relationship just prior to her death. A man who claimed to have had an intimate relationship with the influencer later confessed to her murder.