BMW is testing a new generation of the X6 crossover 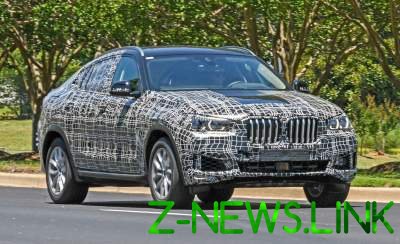 The second generation X6 must leave “the scene” in July 2019.

When in 2007, BMW introduced the X6 concept, it was clear that soon there will be the production version of the E71. The second generation came in 2015, and next summer will come the third generation of the X6 as the model 2020 with the support for G06.

F16 was launched in 2014 and according to rumors, second generation of X6 must leave “the scene” in July 2019. Speaking about the upcoming replacement, G06, available photospin came out of the gates of the plant in Spartanburg (USA), hence the license plate of South Carolina on the rear bumper.

The design of the front panel should not be a surprise, the newcomer shares the oversized grille with the X5. G05 was discovered in early June, and, as in the case with all models of X, starting from X3, it is available in Spartanburg. At the start of the G05 pair of available gasoline and two diesel engines (xDrive40i, xDrive50i, xDrive30d, M50d). Each of these blocks will come and G06.

But the rear part X6-inspired X4 model. Even the tail lights seem to be somewhat similar, though on a different scale, given that one model of medium size, and the second CD. It is expected that the rear-drive sDrive40i will join the line to reduce the starting price to a competitive point.

I guess the X6 M will arrive in 2020 with a V8 engine from the M5, at least 600 horsepower. Same as X5, X6 will be offered with leather upholstery and City Braking as standard, BMW Professional Live Cockpit (12.3-inch instrument unit and 12.3-inch infotainment display), two-axle pneumatic suspension with auto-leveling and electronically controlled locking rear differential.