They took his money. Took his family. Finally they took his hands. But there is no stopping it! For he is the “Man-lion”.

Under this name were known in the world the Turkish film Kılıç Aslan. In fact, the original title is the name of the main character. By the way, a real historical character, Kilic Arslan, the famous Seljuk Sultan, who spent many years in captivity by the Persians, but then returned to take his place on the throne. However, in this case the story even more dramatic, with a touch of nonsense:

The conspirators cowardly to kill their king. Not to give to cut the branch of the family, a little son and heir of the king hiding in the woods, where it takes pride of lions. Growing up, the young man uses his incredible power and skill of the lion, to regain the Kingdom…

And he cut off the hands, Yes. And now he has powerful claws that he can tear people to pieces!

This hilarious fantasy trashcan withdrew in 1975, Natuk Baytan. The script he wrote himself in collaboration with Duygu was Sagiroglu. The main role is divinely sang Turkish Alain Delon — the Ref Arkin.

And now, after more than forty years, the company AGFA republishes this wonderful-kind painting, entitled The Sword and The Claw, that is “Sword and claw”, if in Russian. As they say in the company, they found a rare 35-millimeter film, recording film, making it possible to begin the restoration. 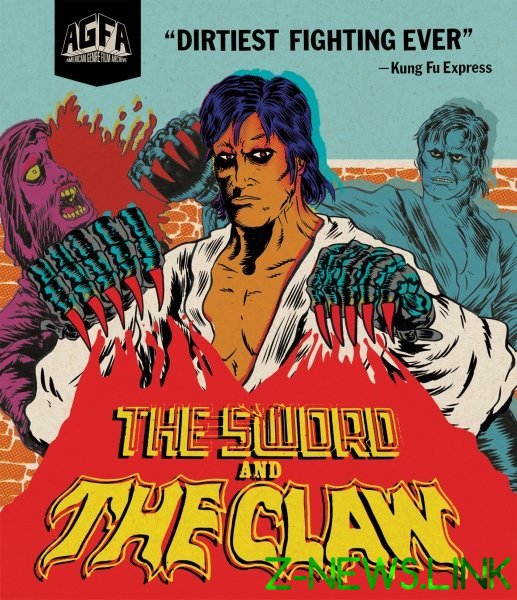