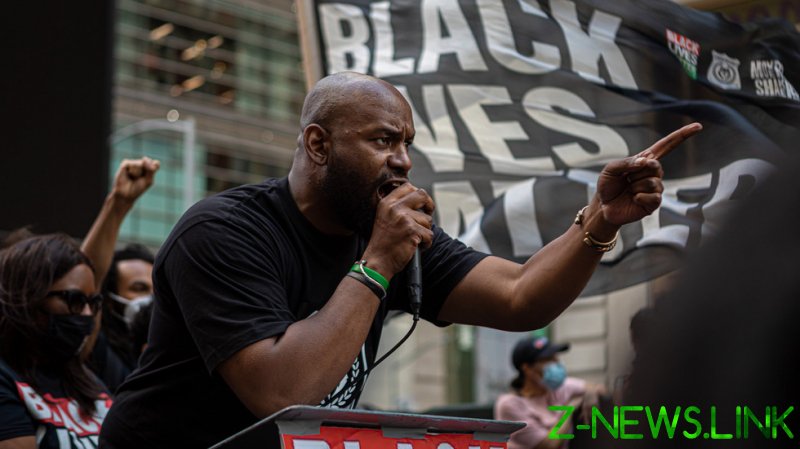 A former NYPD captain, Mayor-elect Eric Adams has promised to reinstate the city’s Anti-Crime units. Some 600 officers worked in these plainclothes units until they were disbanded by Mayor Bill deBlasio last summer amid a surge in anti-police sentiment following the murder of George Floyd in Minneapolis.

At a sit-down meeting with Adams in Brooklyn on Wednesday, Newsome let the incoming mayor know that reforming the Anti-Crime units wouldn’t sit well with Black Lives Matter activists in the Big Apple.

“If they think they are going back to the old ways of policing then we’re going to take to the streets again,” Newsome said after the meeting, according to the New York Post. “There will be riots. There will be fire, and there will be bloodshed,” he warned.

“We will be at his front door, we will be at Gracie Mansion, we will be in the streets, if he allows these police to abuse us,” Newsome said. Despite his tone, Newsome denied that he was “threatening anyone,” insisting his statement was an appropriate response to “aggressive oppression.”

Created to stop violent crimes and take illegal guns off New York’s streets, the Anti-Crime units were credited by supporters with keeping the city relatively free of the criminality that proliferated through the 1970s, 1980s, and early 1990s. However, the units had a reputation for violence toward young black men, and a 2016 report by the force itself found about half the officers involved in “adversarial conflicts” where a gun was deliberately fired were plainclothes cops.

However, as the units were being disbanded, New York’s homicide rate was soaring, with the number of murders in the city rising from 319 in 2019 to 500 in 2020. In the 12 months since the death of Floyd kicked off nationwide protests, crimes of all kinds have risen too, with robberies nearly doubling between May 2020 and May 2021.

Bringing back the plainclothes units is just one strategy proposed by Adams to get crime back under control, and speaking to the Post after Wednesday’s meeting, he said that he expects activists like Newsome to play their part and help clean up their own communities.

There is “no reason we cannot have both safe streets and racial justice in our city,” Adams said. “If black lives truly matter, then we must address violence in our communities while we address bias in policing. Yelling and not listening gets us nowhere.”

Though credited as the founder of the Greater New York chapter of Black Lives Matter, Newsome is not affiliated with the Black Lives Matter Global Network, and has criticized the network’s founders for allegedly siphoning money from the organization fo fund their own lavish lifestyles.