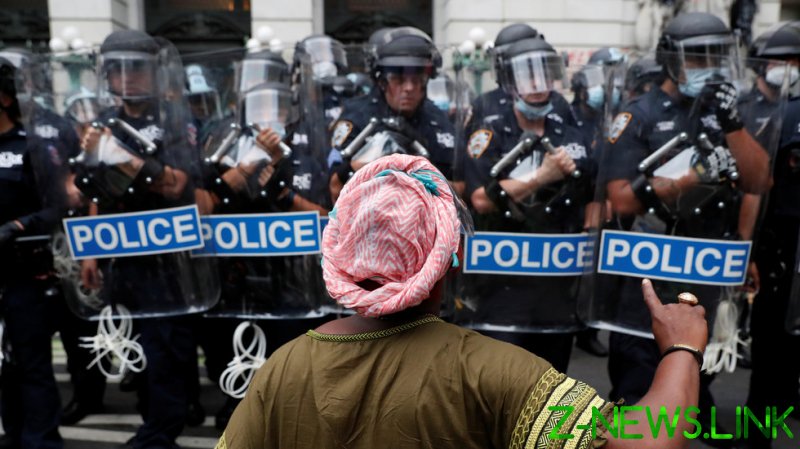 “Eric Adams is a man without a plan, so all he can conceive of is brute force,” Newsome told RT America on Thursday. “That’s how he wants to and plans to unleash law enforcement, NYPD, on black and brown people who live in … dire, dire poverty.”

Created to stop violent crimes and confiscate illegal guns, the plainclothes anti-crime units were credited by supporters with keeping the city relatively free of violent crime. However, the units had a reputation for aggressive tactics and racial profiling, and plainclothes officers were involved in the deaths of Eric Garner, Sean Bell, and Amadou Diallo, all black men whose deaths galvanized black activists across the US.

Newsome and her brother Hawk are co-founders of the Greater New York chapter of Black Lives Matter, which is not affiliated with the Black Lives Matter Global Network. Both siblings made it clear in recent days that they don’t want to see the city go back to the days of Bloomberg’s stop-and-frisk policies.

“[We have] the ability to snap our fingers and unleash the people,” Chivona Newsome told RT America. A day earlier, her brother was more explicit, telling the New York Post “there will be riots, there will be fire, and there will be bloodshed,” if Adams followed through with his plan.

Some 600 officers worked in the anti-crime units until they were disbanded by Mayor Bill de Blasio last summer amid a surge in anti-police sentiment following the murder of George Floyd in Minneapolis. With crime rates rising, Adams has promised to bring back these units when he takes office in January.

“The problem is that this is not going to be fair, as statistics have shown that there is a huge disparity in race,” Newsome said. Rather than happening in wealthy white neighbourhoods, she said, “this is going to happen in places like the Bronx … places like Brownsville, Flatbush, Bed-Stuy.”

Previous mayors have defended racial profiling, and FBI statistics show black people are both more likely to commit and to be victims of crime.

“Ninety-five percent of your murders – murderers and murder victims – fit one M.O.,” former mayor Michael Bloomberg said in a controversial 2015 comment. “You can just take the description, Xerox it, and pass it out to all the cops. They are male, minorities, 16 to 25. That’s true in New York. That’s true in virtually every city.”