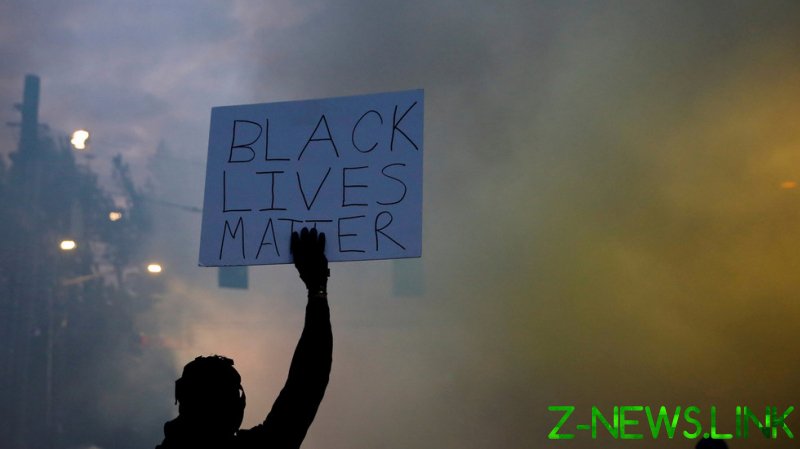 Just 36 percent of respondents in a USA Today/Ipsos poll released on Friday described Floyd’s death as murder, down from 60 percent last June. The racial divide in how the May 25 tragedy is viewed is startling, with 64 percent of black poll participants and just 28 percent of whites saying Floyd was murdered.

The 24-point plunge in public confidence that Floyd was murdered comes to light just three days before Derek Chauvin, the police officer who was shown on video kneeling on Floyd’s neck, is scheduled to go to trial on murder and manslaughter charges. The shift came amid a decline in the BLM movement’s credibility and rising trust of law enforcement, and both of those trends coincided with riots across the nation.

Public trust in BLM has dropped to 50 percent this month from 60 percent last June, the poll showed. Just 42 percent of white respondents said they trusted BLM. Trust in police and local law enforcement swung conversely, rising to 69 percent, including 77 percent of whites and 42 percent of blacks.

But while the racial divide is wide, public opinion has shifted against BLM among both white and black Americans. According to the poll, trust in BLM has dropped 12 percentage points among black people since last June, while trust in the police has jumped 14 points. The percentage of white people who trust BLM fell by eight points, while their trust in police rose 12 points.

Despite the wide variance in opinions on the cause of Floyd’s death and support for law enforcement, 60 percent of Americans want to see Chauvin convicted, including 54 percent of white respondents and 76 percent of blacks. That agreement remains despite increasing numbers of Americans believing that Floyd died as a result of police negligence or by accident.

Defense lawyers for the officer have argued that Floyd died from an overdose of fentanyl and methamphetamine, as well as heart disease. He told officers, “I can’t breathe” as they tried to put him in a squad car, which was before he was pinned on the pavement.