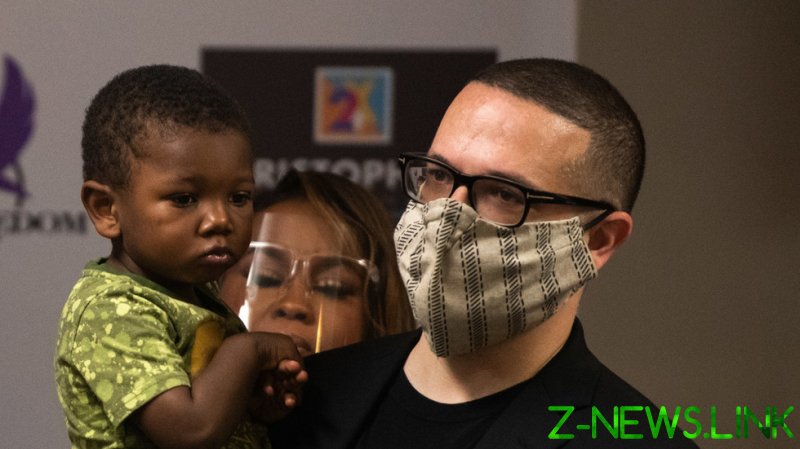 Having previously worked for Bernie Sanders’ presidential campaign and promoting the social justice causes he often does, it may come as a surprise to some that King lives rather lavishly, according to a New York Post report highlighting King’s sprawling lakefront property in New Brunswick, New Jersey.

King moved to the 3000 square foot property from a two bedroom apartment in Brooklyn, the report claims. His new house reportedly has a gourmet kitchen, lakefront backyard, and five bedrooms.

The property was allegedly bought by King’s wife, educator Rai-Tonicia King for $842,000 in November of last year, the Post reported, citing public records

King has earned a rather controversial reputation as an activist, with many questioning his fundraising methods and actual financial commitment to the movements he claims to support.

Among the accusations against him, King was accused by the grant-giving organization Proteus Fund of never returning or explaining where its donation to Justice Together, an anti-police brutality group King founded, went after the group was abruptly disbanded in 2015.

Samaria Rice, the mother of 12-year-old black boy Tamir Rice who was shot and killed by police in Cleveland in 2014 – has publicly blasted King for using her son’s name to raise questionable funds.

“Personally I don’t understand how you sleep at night,” she wrote to King last month in response to King claiming to have had a personal conversation with her. “I never gave you permission to raise nothing.. Along with the United States, you robbed me for the death of my son,” Rice said in an Instagram post, accusing King, among other things, of lying about his race. “As a white man acting black you are a[n] imposter that cannot be trusted.”

King’s race has since long become a subject of intense speculation fuelled by an investigation conducted by right-wing outlet Breitbart News, which dug up the activist’s birth certificate and criminal records that revealed his father was white. King rejected the claim, arguing that the man listed on the certificate was not his biological father, and insisted that his actual father was black.

The latest details about King’s victories in the real estate market have only added fuel to the fire, with both liberal and conservative critics quick to label King, who deleted his Twitter account earlier this month, a grifter.

“‘Talcum X grifts off of black Americans.’ There, fixed that headline for you,” one user wrote in response to the Post report, ‘Talcum X’ being a reference to King’s biracial background.

“Is the neighborhood predominantly white?” conservative author Stephen L. Miller tweeted an apparent reference to the recent revelations about another prominent BLM figurehead Patrisse Cullors who earlier this year was revealed to have splashed $3.2 million on real estate in mostly-white neighborhoods.

While the self-described “trained Marxist” defended her purchases, a New York branch of the racial justice movement called for an investigation into her operations and finances.