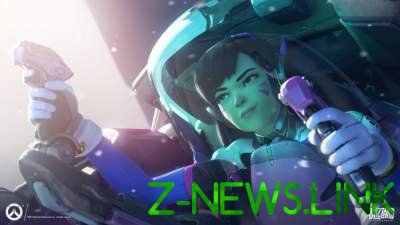 In the workshop players will be able to take ready modes to study them, to amend, to substitute different variables and see the result.

Blizzard continues to develop its competitive team shooter Overwatch. She recently presented a video in which game Director Jeff Kaplan (Jeff Kaplan) spoke about the upcoming major update. It will bring the Studio browser matches is a script editor that allows players to create unique game modes and even prototypes of their own heroes of Overwatch.

“Briefly, is how this idea even came from. we have a team there are two wonderful programmer, their name is Dan and Keith. We allowed them to develop something that they themselves want. And these two know the script system that we use in the game. They thought it would be fun to share with players the capabilities of our programmers and developers so you can give vent to imagination and create. So Keith and Dan put a layer interface and a system of custom scripts on top of that used in the game and now all players on PC and consoles can create your own game modes,” said Kaplan.

The system allows you to do many things, but it is designed for advanced users familiar with other editors, scripts, or programming. However, Blizzard has tried to make the interface as clear workshop. Will appear and a separate forum where those interested will be able to ask questions about the tool.

In the workshop players will be able to take ready modes to study them, to amend, to substitute different variables and see the result. For example, the team will offer the sample mode, “the Floor is lava” in which the characters light up when you find yourself on the ground. Of course, characters like Terah and Lucio will be kings. In the browser games players already tried to create a mode of hide and seek, but the workshop will give far more opportunities.

A mode “Mirror fight” is a special version of the regular “Combat”, where all players on the battlefield play the same character, which changes every minute. Also the “Mysterious heroes” can be made more balanced – for example, limiting the number of tanks or support heroes, so the teams have always been more or less equal, despite the random selection of fighters.

Provided and debug program that helps to find the malfunction or incorrect operation of the user scripts. Blizzard I’m sure the Studio will have many new modes created by the community, however this is not a map editor. To add features or change the geometry of the impossible: only you can control the game logic and parameters of the characters. The results of their experience, players will be able to share with others, and the code will work on both PC and consoles.