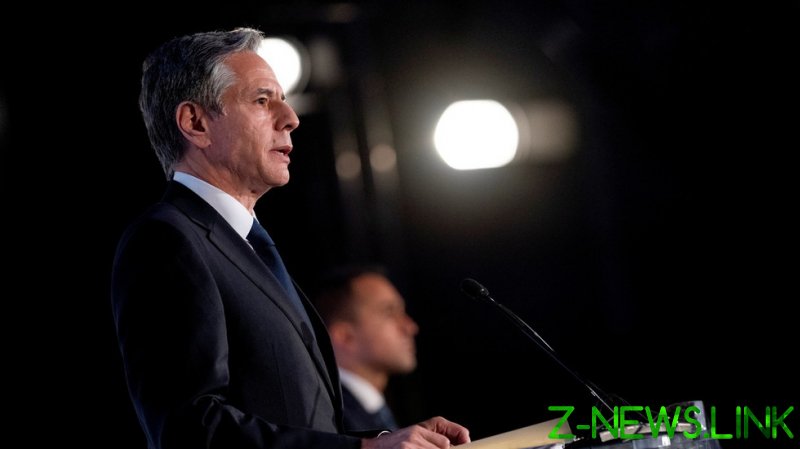 The US conducted airstrikes on Sunday against what the Pentagon said were “facilities used by Iran-backed militia groups in the Iraq-Syria border region.” They were launched “at President Biden’s direction,” it stated, and ordered after drone strikes by these militias on US personnel and facilities in Iraq.

The strikes were condemned by the Iraqi government as “a blatant and unacceptable violation of Iraqi sovereignty,” but were defended by Blinken on Monday.

“We took necessary, appropriate, deliberate action that is designed to limit the risk of escalation, but also to send a clear and unambiguous deterrent message,” he told reporters while on a visit to Rome, Italy.

Neither the Defense Department nor Blinken elaborated on how many people had been killed in the strikes, but Iraqi militia groups confirmed that at least four members of Kata’ib Sayyid al-Shuhada had died.

Blinken’s “message” was likely aimed at Tehran as much as the militias themselves. Iran has accused Washington of “creating crisis” in the region, and Foreign Ministry spokesman Saeed Khatibzadeh stated on Monday that “one of the victims of this disruption will be the United States.”