Home / WORLD / Blinken says China ‘didn’t do what it needed to do’ about Covid-19. Beijing says, we did… did you?

Blinken says China ‘didn’t do what it needed to do’ about Covid-19. Beijing says, we did… did you? 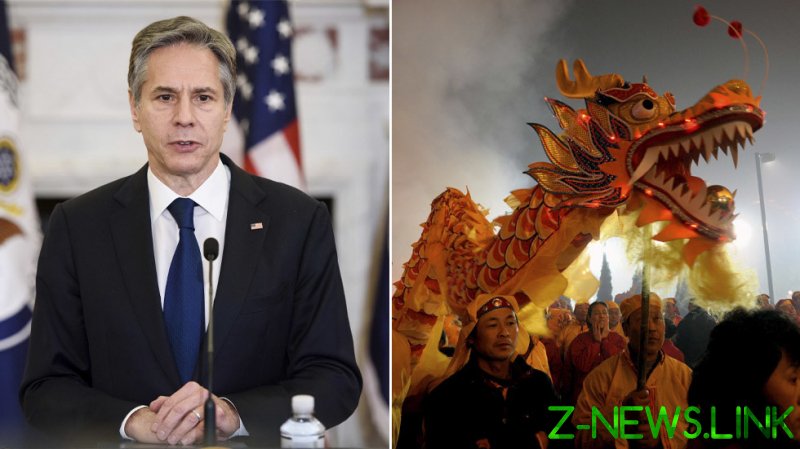 Secretary of State Antony Blinken took a page from his predecessor, Mike Pompeo, in accusing China of not being transparent enough in dealing with the initial Covid-19 outbreak on its soil.

“I think China knows that in the early stages of Covid, it didn’t do what it needed to do, which was to in real time give access to international experts, in real time to share information, in real time to provide real transparency,” Blinken told NBC’s Chuck Todd on Sunday. He added that because of China, the virus “got out of hand faster and with I think much more egregious results than it might otherwise.”

The line of attack is not unlike that used by the Trump administration, which repeatedly accused Beijing and the World Health Organization (WHO) of covering up the outbreak in the city of Wuhan and supposedly exposing an unsuspecting world to the full force of Covid-19.

Unlike Pompeo, Blinken didn’t entertain the ‘accidental lab leak’ theory of Covid-19’s origin, which claims that the outbreak started with a hushed-up incident at a Wuhan virology center. The Biden administration, however, did question the WHO investigation into the origin of the virus. The organization acknowledged it had trouble accessing some raw data during its fact-finding mission in China, but called the ‘lab leak’ scenario “extremely unlikely.”

Blinken’s criticism did not go unnoticed in Beijing, with a spokesperson for the Chinese foreign minister firing back on Monday. The state of Wuhan today, which is no longer ravaged by the virus, shows that China “has done whatever she needed to do and whatever could be done,” Hua Chunying tweeted. “Did the US gov do what it needed to do?”

China prides itself on the fact that it managed to rein in the outbreak through a harsh, province-wide lockdown and other strict measures. The steps, which were taken when there was little to no scientific information about the novel coronavirus, were criticized at the time in the Western press. The media said they showcased China’s authoritarian political system, but Beijing says in terms of lives saved, its approach was clearly superior to that of many Western democracies.

The US response to Covid-19 was arguably undermined by the fact that many aspects of it became a matter of political and ideological infighting rather than health policy. Things like mask mandates, business shutdowns, and mass protests were treated as good or bad by politicians and commentators on a partisan basis.

As he blasted US geopolitical rival China for a supposed lack of transparency, Blinken complimented America’s Asian ally Japan for acting differently. The diplomat thanked Tokyo for being open about its plan to dump more than one million tons of contaminated water from the crippled Fukushima nuclear power plant into the Pacific. The proposed release has been protested against by Beijing and Seoul, while Japan has assured that the water poses no danger.