Home / WORLD / Blinken denies giving Taliban lists of Americans and Afghan allies, but then says US turned over names for busloads of evacuees

Blinken denies giving Taliban lists of Americans and Afghan allies, but then says US turned over names for busloads of evacuees 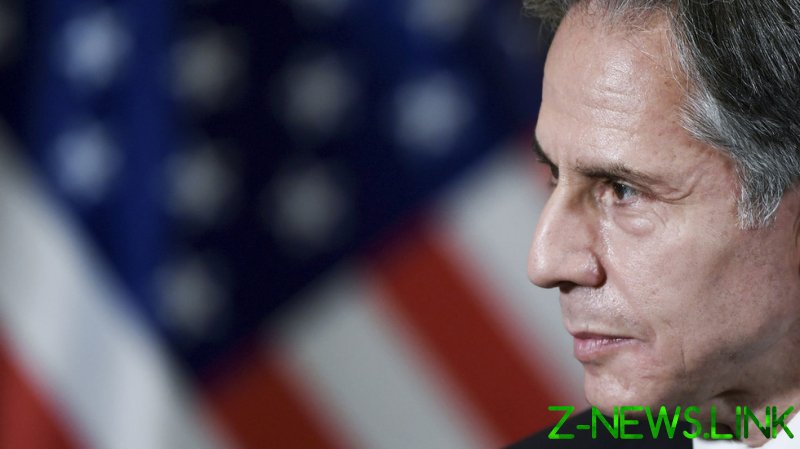 Asked by NBC News host Chuck Todd on Sunday how the administration could be sure that lists of people the US is trying to get out of Afghanistan won’t be used for “horrendous reasons,” Blinken said “it’s simply not the case” that such information has been turned over to the Taliban.

Todd followed up, asking Blinken, “What was shared?” The secretary of state replied that “in specific instances,” the administration gave the Taliban manifests for busloads of people that it needed to get through checkpoints to the Kabul airport for evacuation.

“When you’re trying to get a bus or a group of people through and you need to show a manifest to do that ​​– particularly in cases where people don’t have the necessary credentials on them or documents on them – then you’ll share names of the lists of people on the bus so they can be assured those are the people we’re looking to bring in,” he said. “By definition, that’s exactly what’s happened, we’ve gotten 5,500 American citizens out of Afghanistan.”

Implicit in that statement was the fact that rather than insisting on doing its own passenger vetting, the US State Department has trusted the Taliban not to misuse such information and to let through everyone whom Washington wants evacuated from Afghanistan. It’s not hard to imagine how the manifests could imperil Americans and Afghan allies, whom the Taliban could simply choose to seize or turn away and later target for reprisals, but Blinken insisted, “The idea that we put anyone in any further jeopardy is simply wrong.”

President Joe Biden’s National Security Advisor Jake Sullivan also tried to bat down reports of lists being given to the Taliban, telling CNN host Jake Tapper that such reporting was “unfounded and inaccurate.” But he only denied giving “all” names to the Taliban, and like Blinken, he said the administration had worked with the Islamist group to get busloads of people through checkpoints. He didn’t respond directly when asked whether the manifests could have been used against any US evacuees.

US Senator Ben Sasse (R-Nebraska) called Blinken’s comments “disgusting,” saying in an ABC News interview, “Their plan has basically been happy talk. People have died and people are going to die because President Biden decided to rely on happy talk instead of reality.”

Sasse argued that the administration essentially “outsourced” security outside the airport perimeter to the Taliban. “They passed a list of American citizens and America’s closest allies – people who fought alongside us – they passed those lists to the Taliban, relying on them, thinking they could trust on them,” the senator said. “It was stupid then, it’s insane now.”

Sasse added that by refusing to extend its withdrawal deadline beyond August 31, the administration will leave behind Americans and US allies who won’t be able to be evacuated in time.

Sullivan insisted that Washington has “substantial leverage to hold the Taliban to its commitments to allow safe passage for American citizens, legal permanent residents and the Afghan allies who have travel documentation to come to the US. We will use that leverage to the maximum extent, and we will work with the international community to ensure the Taliban does not falter on these commitments.”

The US and dozens of other governments issued a joint statement on Sunday, calling on the Taliban to honor its assurances that all foreign nationals and Afghans with authorization to enter their countries be allowed to depart from Afghanistan freely and safely.