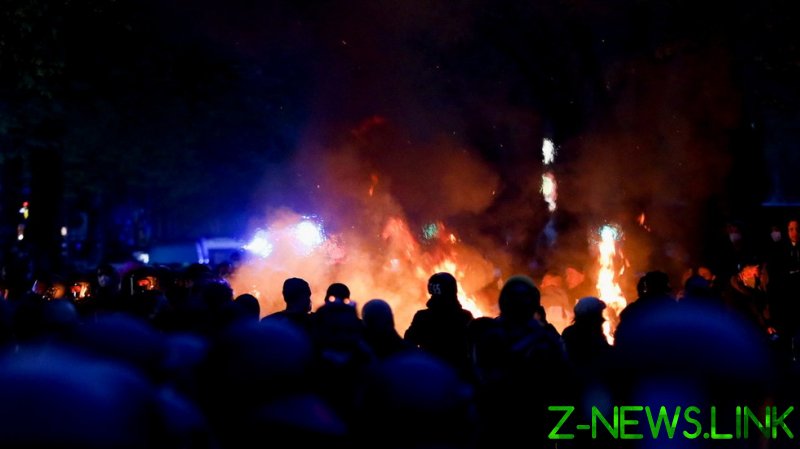 Berlin saw over 20 various demonstrations held by various political movements to mark Labor Day on Saturday. While most were peaceful, some descended into violence, with the left-wing ‘Revolutionary May 1st Protest’ turning out to be particularly chaotic.

The march, which is held annually in the neighborhoods of Neukoelln and Kreuzberg, has a long history of violence and rioting. This year, the rally was registered as an event for 1,000 participants due to the Covid-19 situation. Nevertheless, some 8,000 marchers showed up for the protest that soon saw clashes with the police.

“Violence against police officers and a blind, destructive rage has nothing to do with political protest,” Berlin’s interior minister, Andreas Geisel, said on Sunday.

Rowdy protesters chanted anti-police slogans, pelted officers with various objects, attempted to erect barricades in the streets and set garbage bins and other objects on fire. According to the latest official figures, some 354 protesters were detained after the violence, while at least 93 police officers were injured in the skirmishes.

“The high number of injured officers makes me stunned. I wish all of those who were injured in the line of duty a quick recovery,” Geisel stated.

A massive police force has been deployed to contain the violence and the rally was declared at around 9pm local time. Berlin currently remains under a coronavirus-induced curfew that is enforced between 10pm and 5am. The unrest in the streets, however, continued for several hours past the curfew.