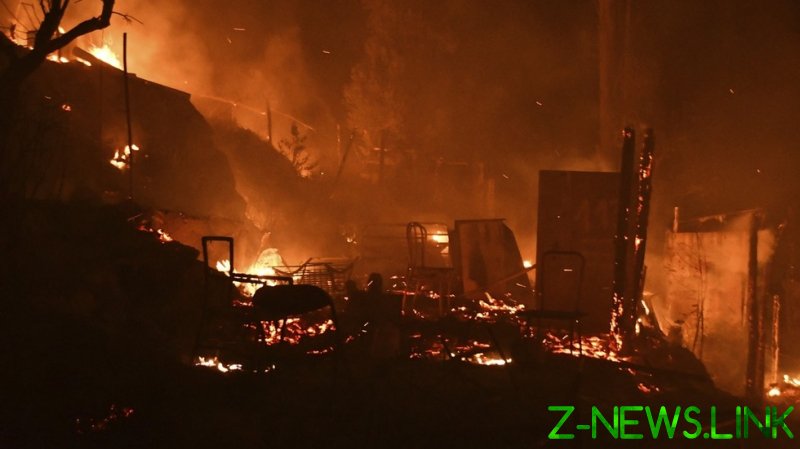 Six fire engines were sent to the scene to contain the blaze, which according to authorities had started in a deserted area. “There is no danger for those who are still there because the fire broke out in abandoned sheds in the western side of the camp,” the Greek Ministry of Migration said.

The fire nevertheless forced a full evacuation, with several hundred people temporarily moved to an “empty space” near the entrance to the camp, while a handful of unaccompanied minors were transferred to a new facility.

The camp was due to shut down this week, but still housed some 300 to 500 migrants awaiting transfer.

Originally built to accommodate less than 700 people, Vathy sheltered up to 7,000 asylum-seekers at one point, often drawing criticism from human rights activists. 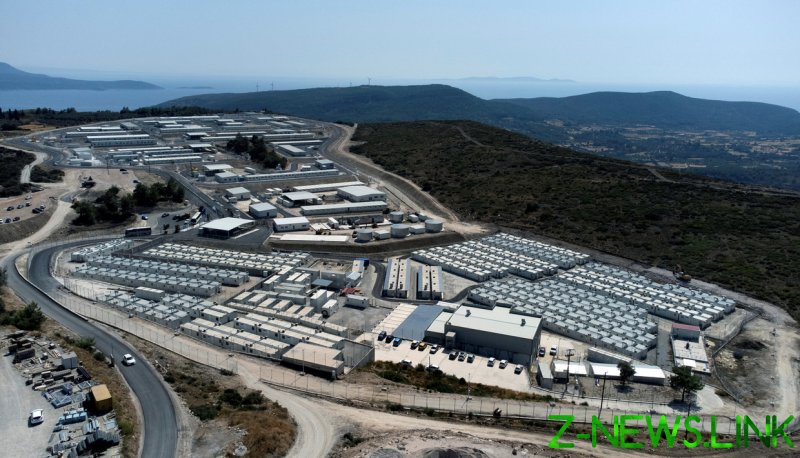 A view of a newly inaugurated closed-type migrant camp on the island of Samos, Greece, September 18, 2021. Picture taken with a drone. ©  Reuters / Alkis Konstantinidis 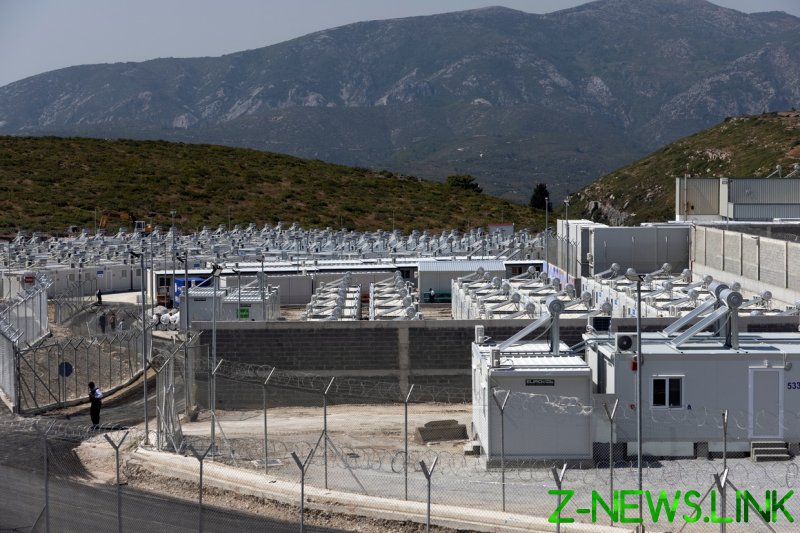 Almost exactly a year ago, a fire ripped through the Moria migrant camp on the Greek island of Lesbos, devouring tents housing around 13,000 people. Greek investigators believe that the fire was deliberately started by the asylum seekers themselves in protest against the Covid-19 restrictions.