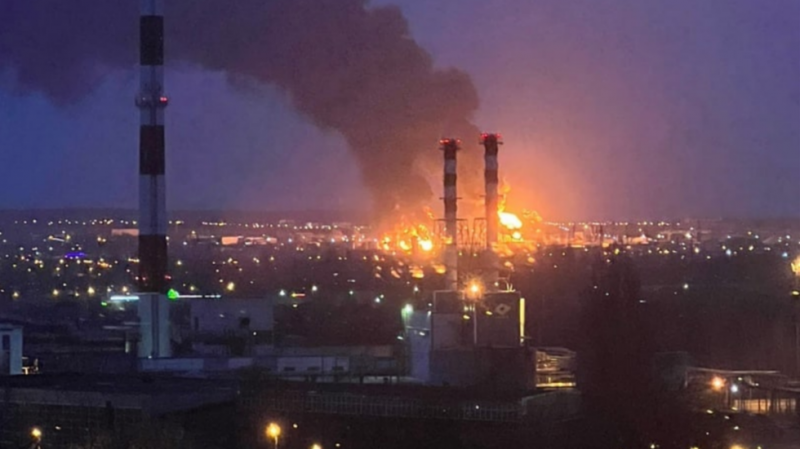 A massive fire erupted at an oil storage facility in the city of Belgorod on Friday morning, just two days after the same Russian region that borders Ukraine was rocked by a series of blasts at an ammunition depot.

The incident happened in the administrative capital of the Belgorod region, located about 35km (21 miles) northeast of the Ukrainian border. Photos and videos of the blaze started making the rounds online around 6am local time.

Two employees at the facility were injured, but their wounds are not life-threatening, according to the regional head Vyacheslav Gladkov.

“Emergency services are on the scene. We’ll know the cause of the events later,” Gladkov said in a statement on Telegram, announcing that residents of three nearby streets were being evacuated as firefighters struggled to contain the blaze.

Earlier this week, an ammunition depot in the nearby village of Krasny Oktyabr was rocked by several explosions, which caused no civilian casualties but reportedly injured four Russian servicemen. While some Ukrainian media claimed the warehouse was struck by a missile, Russian authorities dismissed the allegations, blaming the Tuesday night incident on a likely “human error.” However, the exact cause of the blasts remains unknown.

The series of incidents in the western border region comes as Russia continues its military operation in Ukraine. Moscow sent troops into Ukraine in late February, following a seven-year standoff over Kiev’s failure to implement the terms of the Minsk agreements and end the conflict with the breakaway regions of Donetsk and Lugansk.