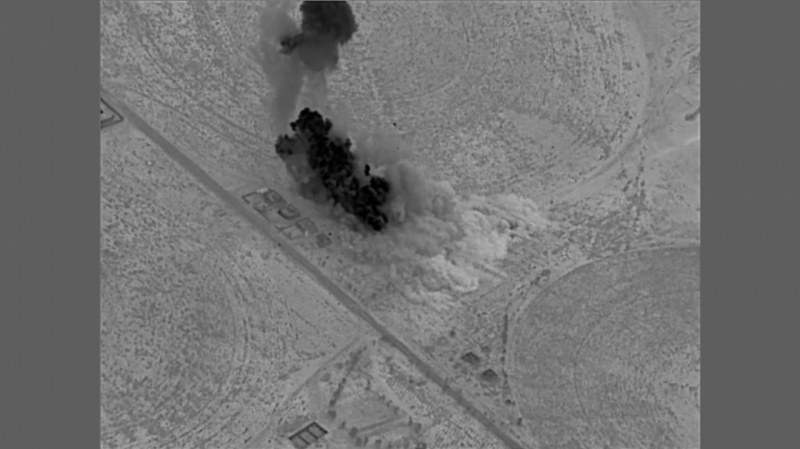 “We condemn the US air attack that targeted a site last night on the Iraqi-Syrian border, which represents a blatant and unacceptable violation of Iraqi sovereignty and Iraqi national security,” a statement from Prime Minister Mustafa al-Kadhemi’s office said on Monday.

Iraq’s military has produced a similar statement, issuing a rare condemnation of the activities of its ally. In a statement posted to Twitter by spokesman Yehia Rasool, the military described the strikes as a “breach of sovereignty,” stressing that the nation refuses to become the arena for third parties to settle their scores.

The military also urged all the parties to “avoid escalation in all its forms,” promising, albeit rather vaguely, to carry out all the investigations and procedures needed to avoid such incidents in the future.

The overnight strikes targeted at least three locations along the Iraq-Syria border, with one of them being located inside Iraqi territory. All the facilities have been “utilized by Iran-backed militias,” according to the Pentagon and were allegedly used to stage drone attacks against US personnel stationed in the country.

“As demonstrated by this evening’s strikes, President Biden has been clear that he will act to protect US personnel,” the US military said in a statement.

While the US military did not elaborate whether anyone was killed or injured in the attacks, Iraqi militia groups have confirmed that at least four members of Kataib Sayyed al-Shuhada militia were killed in the strikes.

The US attacks have been also condemned by Iran, which is believed to have close links to the affected groups. Iran’s foreign ministry spokesman Saeed Khatibzadeh warned Washington against “creating crisis” in the region, stating it would ultimately backfire on the US itself.