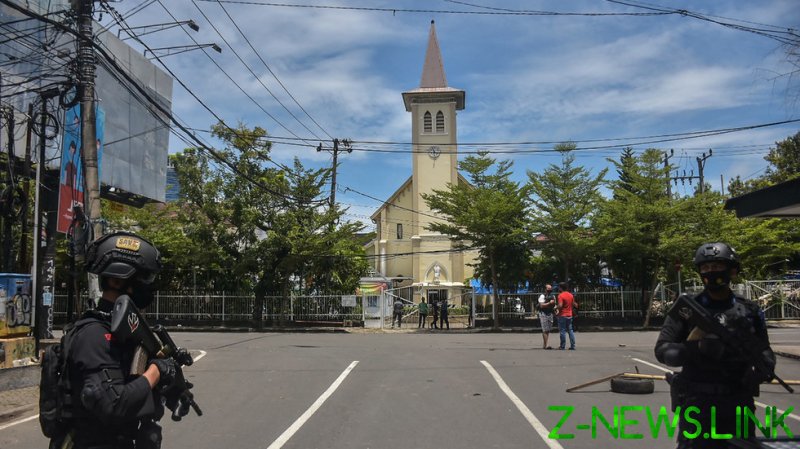 The explosion went off at the Makassar Cathedral Church on Sunday morning as the people who flocked to the church to attend the service were on their way out, a pastor at the church was quoted by the local media as saying.

“We were finishing the service and people were going home when it happened,” the pastor reportedly told Indonesia’s Metro TV broadcaster.

Photos and videos have emerged in the aftermath of the explosion, showing debris scattered outside the church. Local media reported that several cars have been damaged.

Police believe a suicide bomber is behind the blast.

So far, there have not been reports on casualties, with the pastor saying that some 10 people have suffered injuries from the explosion. According to the pastor, one of the worshippers spotted the would-be bomber and attempted to stop him from entering the building.