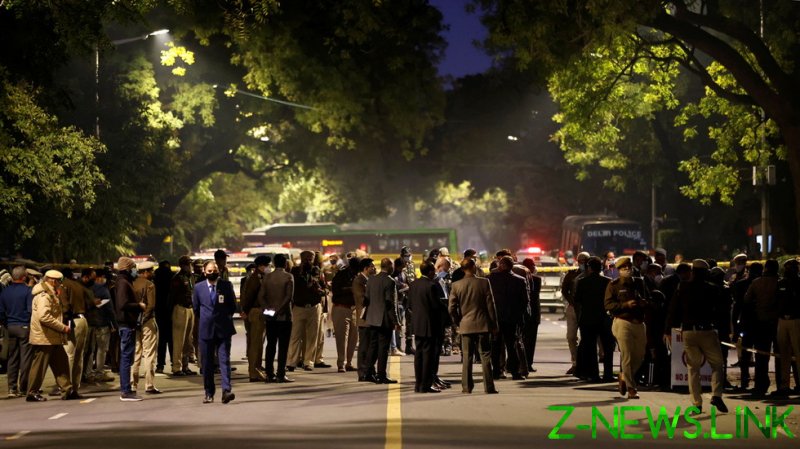 Emergency services have confirmed reports of an explosion outside Israel’s embassy in New Delhi on Friday evening.

The blast is said to have taken place near a footpath, with police sources saying the explosion has been attributed to an Improvised Explosive Device (IED). An official from the fire brigade told the media that the emergency services were alerted to the blast around 5.45 pm (12:15 GMT).

“A very-low-intensity improvised device went off… No injury to any person was reported and nor was there any damage to property except the glass panes of three vehicles parked nearby,” Delhi Police Additional PRO Anil Mittal said.

“Initial impressions suggest it was a mischievous attempt to create a sensation,” he added.

Video footage shows the road cordoned off by law enforcement, who have been deployed in considerable numbers to the embassy’s vicinity.

Friday’s blast at the Israeli embassy in New Delhi comes on a day when India and Israel mark 29 years of diplomatic relations.