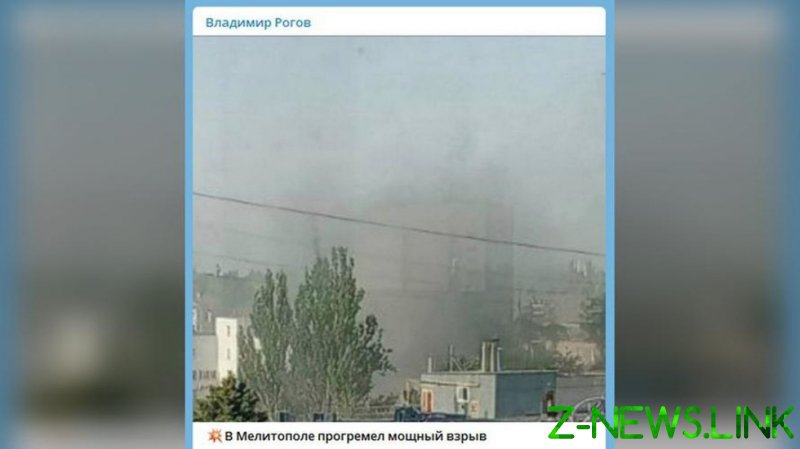 A powerful explosion was reported on Monday morning in Melitopol, a Russian-controlled city in Ukraine’s Zaporozhye Region. It is believed to have been caused by a car bomb.

The local administration blamed the incident on Ukrainian “saboteurs,” who they claimed had targeted aid workers in what they consider to have been a terrorist attack.

The blast went off in the center of the city at around 7:40am local time. According to preliminary reports, two people were injured.

The local administration said the explosion was apparently a Ukrainian terrorist attack, and identified the two injured people as a man and a woman in their mid to late 20s. They were volunteers who were distributing humanitarian aid to residents near where the car bomb was detonated.

There was some speculation that the attack had been an assassination attempt targeting the head of the region’s Russian-allied administration, but local sources denied that he lived in the same building.

Melitopol is a city of some 150,000 people in Zaporozhye region in southern Ukraine. In has been under Russian control since early March.