Home / policy / Blame the doctors: why is it hard today at work

Blame the doctors: why is it hard today at work 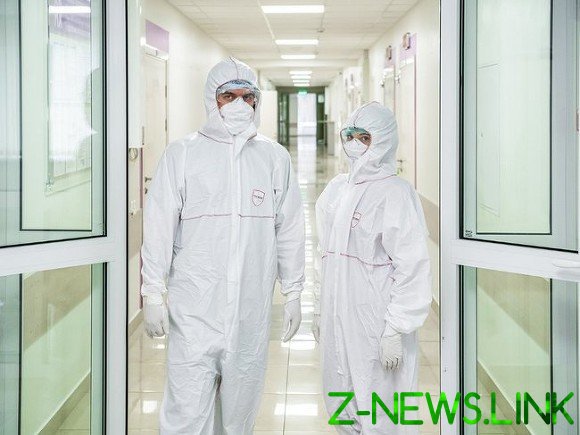 There are fears that once a pandemic doctors at best say “thanks, all are free” in the worst — to present claims.

People are so arranged that they always need to blame. And not somewhere far away in China or high up in the Kremlin and closer — in order to “punish” quick. Today the anger from that had befallen them troubles the citizens spill out to “spread the infection”: those who are sick Kovalam, and those who cures them.

While more and more words, but there are also more serious cases. As in Kirovo-Chepetsk, where deputiesa quarantined men beat up a doctor and a paramedic ambulance refused to provide them with the address of the person from whom doctors took the test for the coronavirus.

In professional chat rooms doctors share tips on how to protect yourself not only at work with lack of personal protective equipment (where to get replacement filters for respirators, as three times to use a disposable suit), but returning home (to carry pepper spray, a stun gun, at worst a police whistle).

My friend whose son recently called on coronaviruses front (he resuscitator in cardiac surgery, but today, virtually all doctors began infectious diseases), cried bitterly, watching him. Literally as a war. And for such, where the “soldiers” are missing no uniforms, no weapons, and therefore there are so many victims.

But the more received information on how hospitals are hotbeds of infection, the more curses flying in the address of the medical profession: the sick they are not able to breed, and they have patients in the corridors, and the ventilation was not enough…

Separately criticized the precinct and doctors “fast”. And that come to the call without masks and “spacesuits”, infecting, maybe even healthy. And that does not come after 15 minutes and three hours, endangering the lives of patients. And for the fact that they refuse to respond to everyone the most worried. People write complaints, call the hotline… They can understand that they are scared, worried for themselves and their families. But I’m afraid that when the pandemic will subside, these claims can be the basis for a new “doctors ‘ case”.

After all, someone has to answer, why people died. And it is unlikely it will be government officials, who for years was falling apart in the country medicine, including the “inefficient” market conditions infectious direction. However, I think nowadays there is no doubt that the optimization of medicine in the Russian way gave catastrophic results — facts and figures full online.

Here is just one quote. In 2018, in an interview with “MK” Deputy, academician Alexander Chuchalin said, “when our country became engaged in reforming health care, we lost almost two thousand pulmonologists from available four thousand.” Think about the same things and the average for the country. As a result, today physicians work alone and in the context of epidemic — and for ten.

Is it possible with this schedule error? Of course. And it is clear who they blame. For example, in Bashkiria already carried out a preliminary examination in respect of the chief doctor of the hospital, which “did not prevent infection of patients and staff”… In the Krasnodar Krai Deputy health Minister severely reprimanded the doctors who dared to complain about the shortage of Shoe covers: “Tell me, please, where is the difficulty to sew the booties? Two cloth stitch. Why are you waiting for manna from heaven?”

Indeed, why doctors otpahal shift, at leisure, Shoe covers and masks are not to sew. You can still ventilation on the house to collect medicine for patients to mix in the kitchen of a new hospital on the Saturday to build instead of optimized and sold for commercial construction. But officials report up about another optimization: they say, solved the problem of the deficit on their own. The order is not necessary, I agree to the medal.

At the beginning of the epidemic on Russian TV for a while suddenly changed the agenda: instead of endless stories about guide and direct the actions of the officials were human stories about the doctors. About what it’s like to work a day in protective suits, in which the hot, stuffy, don’t drink or go to the toilet. How terrible to enter the “red zone” when the virus is still almost nothing is known. And as no less scary to go home after a shift in the infectious ward, or relatives for fear of the virus to bring, or neighbors to get on the head for what infectious.

On the one hand, the TV suddenly at once, showed the importance and priority of the medical profession. On the other — at times more noticeable was the poverty of the Russian healthcare system. Maybe because teltrend “medical heroes” as quickly faded. Today in mailbox — again, only specially tested-trusted doctors, who do not let it slip inadvertently, what is actually the salary of their colleagues at the forefront of the fight against infection, in reality, the situation with the availability of means of protection and why patients often die just that they do not have enough space even in the hospital corridor.

Faith in the fact that our government officials will suddenly see the light, realizing that medicine is more important than propaganda, and even “Iskander”, no. As soon as the epidemic dies out, I’m afraid the doctors at best say “thanks, all are free”, and at worst their pull with the courts. No wonder the Investigation Committee created a whole unit on medical errors. I suspect that while doctors injected on the front lines, investigators in the rear of hoarding complaints of citizens on their work.

Of course, there are other examples that give hope. Personally, I know a lot of people that your blood provide doctors with hot meals, open for them now empty hotels, buy them equipment that is unable to provide the state. But this may not be the rule in a normal country.

Doctors, not generals, should be the elite of the state. Today, people die in and because the government for decades spending money retired military chiefs, for the maintenance of a giant Regardie, military hardware, and not on ventilators. What? Protect us from the virus “Poplar” or “Iskander”? Coronavirus has clearly shown that the medicine does not tolerate saving. Or you spent on it — or a funeral.

While writing, I saw the news: a guide of St. Petersburg decided “in case of death of a medical worker in connection with infection of coronavirus infection” to pay his family $ 1 million”.