Blackwater founder finds new income stream in flying Americans out of Kabul at $6,500 PER SEAT – reports 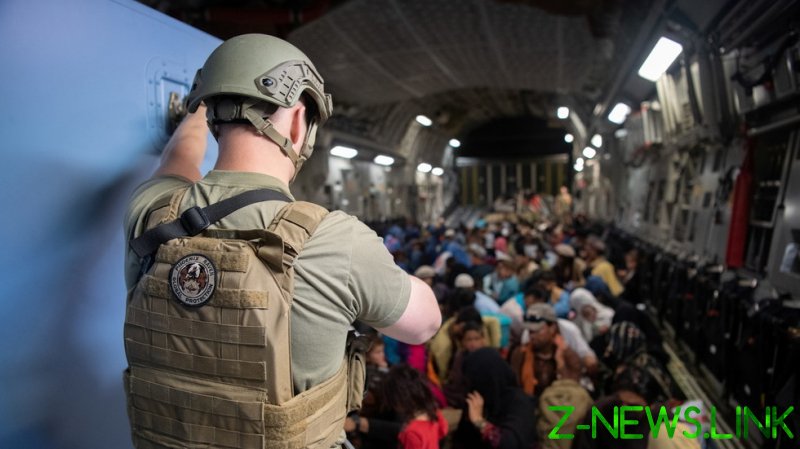 With August 31 as the final deadline for Americans to leave Afghanistan, public and private security forces alike are tripping over themselves trying to get their men (and women) out of the country – and some less scrupulous figures are taking cash to expedite the process, according to a Tuesday report from the Wall Street Journal.

Prince is offering tickets out of Taliban-controlled Kabul on a chartered plane for a mere $6,500, he told the Journal. His is one of the better-known names among the private operations attempting to spirit their allies out of the growing chaos, and his operation is one of the last chances those fleeing the country will have if they expect to make it out before the August 31 deadline.

Aid organizations have reportedly been told that evacuation flights by western governments won’t continue past Friday due to the supposed need for the US military to remove its own troops and equipment from Kabul – a removal one might think had mostly occurred when the Americans left Afghanistan the first time, earlier this month.

Those trying to help organize evacuation efforts saw little hope for the process. University of Colorado law professor Warren Binford, speaking to the WSJ, likened the “total chaos” to “a massive underground railroad operation where, instead of running for decades, it’s literally running for a matter of hours, or days.” Despite the dire need for resources, chartered planes are reportedly leaving with seats empty, and bureaucratic tangles are keeping people stuck in place. The Taliban has set up checkpoints, making departure by land more difficult, while the US in one case reportedly barred 40 Afghan women from accessing a charter plane that had been waiting for two days to leave with them.

In perhaps the most bizarre private rescue attempt, a Ugandan woman desperate to board a plane back to her home country apparently had to crawl through a sewage pipe to get to her plane. Between Marines guarding the gates to the airport and Sayara International, the Washington-based aid organization that had organized the 1,000-seat, three-plane evacuation flight, opting to charge passengers to fill a sudden cash hole, the woman was unable to make it any other way. And she was one of the lucky ones, according to Sayara co-founder George Abi-Habib, who told the outlet that, of the 345 seats on her plane, just 50 were occupied.

The US military’s own rescue operations have proven woefully understaffed and underplanned, as the unexpected return of thousands of soldiers to help evacuate them recently made clear. Tens of thousands of locals reportedly remain stuck after being led to believe that, after 20 years of assisting American and coalition forces, they would at least be rewarded with safe passage. Countless Americans, too, remain stranded in hostile territory.

Prince had, under former president Donald Trump, sought to have the war in Afghanistan privatized, offering to take over the job being done by the US military with his own mercenaries, who were then operating under the name Academi. In March 2019, he offered 6,000 of his men to replace the majority of the American troops then on the ground, boasting that they could train Afghan security forces and pacify the enemy for a fraction of the cost being spent by the Pentagon.

Between referring to Iraqi civilians as “chanting barbarians” and butchering 17 innocent civilians in Baghdad’s Nisour Square, Prince and his mercs have not exactly endeared themselves to the inhabitants of the region – though that’s probably all the better, as it gives him little reason to stick around after the evacuation is completed.

As for whether Prince could follow through on his charter flight promises, “it remained unclear whether Mr. Prince had the wherewithal to carry out his plans,” the Journal diplomatically observed, suggesting Afghans with $6,500 to spare might want to wait for another guy with a vacant plane to happen by.

Prince founded mercenary firm Blackwater, which cycled through several scandal-driven name changes before settling on Academi. He has since worked in “private security” for the Crown Prince of Abu Dhabi and has been linked to military operations in Libya.