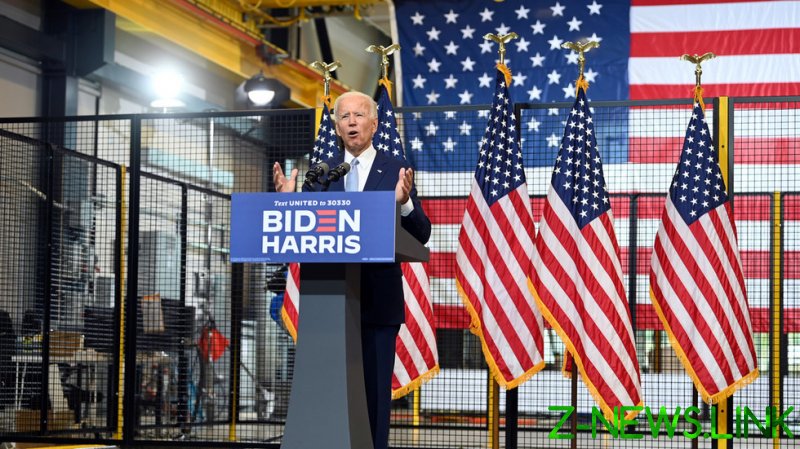 “Rioting is not protesting,” Biden said during a speech in Pennsylvania on Monday. “It’s lawlessness, plain and simple… Violence will not bring change.”

The Democratic nominee’s remarks come shortly after a Trump supporter was gunned down in Portland, Oregon and almost a week after three rioters were shot – two fatally – in Kenosha, Wisconsin.

While Republicans have hammered Biden’s comments as too little, too late, critics of the former vice president have also zeroed in on a tweet from right before the speech, in which he asked if anyone really thought there would be less violence in America if Trump is reelected.

Journalist Caleb Hull parsed Biden’s words as “Vote for me or else my supporters will burn down your cities.”

Biden’s strategy was to “blackmail Americans into voting for me by threatening more violence unless I win,” tweeted Federalist editor Mollie Hemingway, describing it as “so impossibly evil and strategically unwise.”

They were far from the only ones, with thousands of responses by critics who heard Biden threatening more violence if Americans didn’t vote for him.

While Harris was referring to Black Lives Matter protests across America, the Democrats and the mainstream media have spent months referring to the riots as “mostly peaceful protests” even against the backdrop of burning buildings.

Another Twitter user offered a list of cities where riots have taken place, pointing out they are all run by Democrats.

Not all the responses were critical, however – there were plenty of Democrats who agreed with Biden, calling Trump an instigator of violence and a Nazi, while seeking to shut down anyone who disagreed with them as “Russian.”

While Trump condemned the riots at the Republican convention last week, Democrats had not mentioned them at all during theirs. Biden’s strong statement comes after CNN host Don Lemon panicked that the issue is hurting Democrats in the polls.

On Monday, Biden argued that Trump “can’t stop the violence we’re seeing today – because for years he has fomented it.” However, the first Black Lives Matter riots happened in Ferguson, Missouri in 2014, when Biden was Barack Obama’s vice president.

Reacting to Biden’s remarks, Trump tweeted that the Democrat was blaming police far more than the rioters, “which he could never blame or he would lose the Radical Left.”

The latest political violence also comes after a long string of escalating comments by Democrats denying Trump and his administration legitimacy and urging their supporters to confront them everywhere.