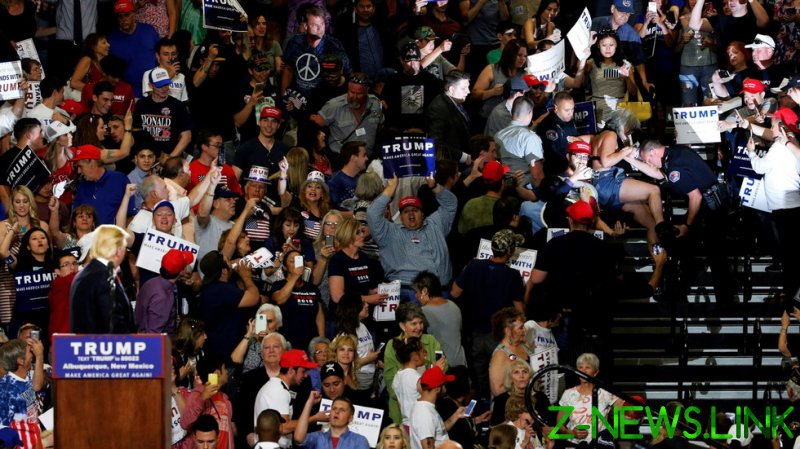 “This is insane. The Founders are rolling over in their graves,” RealClearPolitics cofounder Tim Bevan tweeted on Tuesday, including a link to the site in a subsequent tweet.

According to screenshots posted of the site, it is run by an anonymous and “diverse group of patriots and People of Color looking to make a positive difference in America by unmasking Donald Trump voters.”

Another section of the site asks people to give the name of the Trump voter they are “unmasking” – and indicate to whom they would like the list eventually released, with the options being public officials, public officials and law enforcement, or the public.

“It’s a lawsuit waiting to happen is what it is,” writer Stephen L. Miller replied.

Some have questioned the validity of the site, suggesting it could be “right wing performance art” or an attempt to harvest emails.

This, however, is not the first time the idea of archiving and tracking Trump voters has been floated.

Hari Sevugan, a former spokesman for Barack Obama, promoted the Trump Accountability Project, which archived the names of anyone who worked in the Trump administration.

“Employers considering them should know there are consequences for hiring anyone who helped Trump attack American values,” Sevugan tweeted.

Rep. Alexandria Ocasio-Cortez (D-New York) has also suggested archiving posts from “Trump sycophants” so they would not be able to “downplay” their “complicity” at a later date.