Home / WORLD / ‘Black to Front’ – Channel 4’s whole day of ‘Black’ programming ended up being big on packaging, but low on value 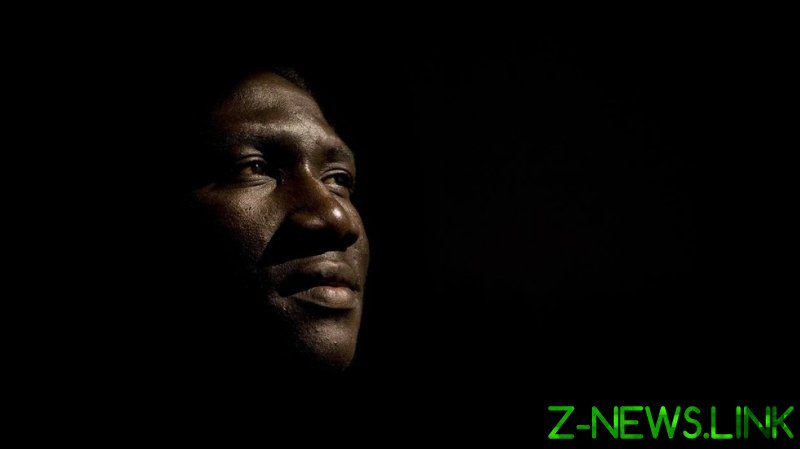 Some years ago, while sat in the trendy offices of a right-on independent production company in London’s Soho, I found myself pitching a bunch of ideas to a fresh-faced multiculti group of telly wallahs. Pitching ideas to the British ‘meedja’ is something of a highwire act. Not only are your creative chops, intellectual rigour and rhetorical marketing skills on the line, your reputation is, too. Go in too hard or too didactic and you can make the assembled libtards feel, well, stupid – which is something smart-arsed hacks like myself find all too easy to do. Go in too soft and assumptive and eyes will roll in a ‘tell us something we don’t know’ fashion. Good ideas need to strike a balance between originality, audience hit rate, commercial value and do-ability. Oh, and not getting cancelled.

For shits and giggles, however, I decided to pitch a few bonkers concepts. TV people think they can tap us scribes up for free ideas, but we’ve got their number. It was time for a little payback. First up was ‘The Dinner Party’ – a series in which, each week, six people with various mental health issues would, over a five-course slap-up meal, discuss the week’s events. So, you’d have the paranoid schizophrenic sat next to the agoraphobic, the multiple personality disorder chap sat next to… You get the picture.

Next up was ‘The Coliseum’. A bunch of knuckleheaded MMA wannabes, weekend warriors and pub hardmen would line up to fight lions, bears and so on dressed as Roman gladiators – all inside an ailing second-division football stadium in front of a live audience. Of course, they’d also have to fight each other (not to the death – I’m not that stupid) until the last person standing won and walked away with a hundred grand. Then there was ‘Ransom’. Ten contestants ante up £100,000 each of their own assets – from cash, to property, to collectible cars, to their kids’ college funds – all in the hope of winning a million pounds by overcoming a series of challenges aimed at “freeing” a loved one or friend being held in a Travelodge somewhere in Britain.

And, so it went on, until I reached, in Alan Partridge fashion, my “monkey tennis” moment – the climax of a pitch where, in total desperation, you just start freestyling and ad-libbing the most absurd ideas in the vain hope that something, anything will bite. It never does. That said, I did get very close with ‘Racism Night’ – a night of programming dedicated to, er, racism. The night’s films would feature classic ‘racist’ sitcoms from the ’60s, ’70s and ’80s such as ‘Curry & Chips’, ‘Love Thy Neighbour’ and ‘Mind Your Language’, debate shows on racism, investigations into racism, studies on racism, racist movies, stand-up comedy routines, and clips such as ‘Big’ Ron Atkinson and Jade Goody’s TV meltdowns and anything featuring Nigel Farage. It would’ve been a veritable carnival of racism.

In typical TV fashion, the ‘thesis’ was duly interrogated. How much racism could we get away with, given that the night, in all seriousness, was an indictment of racism, not a celebration of it? Who would we feature? How far could we push the envelope? What were we really trying to say about modern Britain? Was I holding a mirror up to the TV programme-making process or just taking the piss?

The simple answer was yes and yes. As pretentious as it might sound, what I wanted to highlight was the dangers of the old marketing adage, “Don’t sell the sausage, sell the sizzle” – a notion that commissioning editors at Channel 4 may or may not have had in mind when they came up with last Friday’s ‘Black to Front’ – a 24-hour, purely Afrocentric programming marathon, which, the channel said had as its aim, “Firstly, to challenge us all to see our content differently, and secondly, to leave a lasting legacy in terms of increased Black representation both on- and off-screen.”

The marathon started at 6am with four episodes of ‘Desmond’s’, an iconic sitcom about the eponymous Guyanese barber and his motley crew of staff, family and friends, which ran from 1989 to 1994. As I’ve seen every episode of ‘Desmond’s’ a million times already, this wasn’t exactly a fresh start to the day, so I swerved this four-course breakfast and stayed in bed. Including ‘Desmond’s’, a third of ‘Black to Front’ consisted of other reruns and American acquisitions, such as the sitcom ‘Blackish’ and the Oscar-winning ‘Moonlight’, which, as I’d never seen it before, struck me as a superb piece of filmmaking, even if I did have to wait until 12.35am for it. Add to this eight half-hour episodes of ‘Come Dine With Me’, and ‘Black to Front’ felt a little like a family-size box of cornflakes, i.e. big on packaging but low on value for money.

Not being one for daytime TV, I found Mel C’s takeover of ‘Steph’s Packed Lunch’ a hard watch. It opened with teasers about racism and domestic violence, and I thought, here we go again, but perhaps the previous six hours of comedic fluff had to give way to some ‘issues’ eventually. The highlight of the show was an interview with Carmen Munroe and Ram John Holder, two stars of ‘Desmond’s’ both now in their late 80s who were full of wit, wisdom and wobbly one-liners. This was followed by a suitably stilted ‘Countdown’, fronted by the legend that is Sir Trevor McDonald, who, at 82 years young, proved to have more chutzpah about him than the two 20-something contestants on the show.

As the day wore on, the schedule started to come to life, with ‘fact-ent’ (factual entertainment, for those who don’t speak telly) staples ‘A Place in the Sun’, ‘The Great House Giveaway’, ‘Come Dine With Me’, ‘Love It or List It’ and ‘Celebrity Gogglebox’(a personal favourite) proving that solid TV formats transcend colour or creed when charismatic characters are brought to the fore. In many respects, these formats, along with the ‘docu-ality’ series ‘Highlife’, which followed the lives of a group of aspirational, ambitious, successful British Nigerians and Ghanaians, along with romping comedy pilot ‘Big Age’and the edgy debate show ‘Unapologetic’ were Black to Front’s real raison d’être, proving that sassy, confident and well-scripted shows play far better to Afrocentric sensibilities than predictably worthy or self-consciously race-aware programmes.

While racist detractors will moan that 24 hours of all-Black programming out of 365 days of regular telly was beyond the pale, they miss the point. Or do they? Maybe they do get the point – and that’s the problem. Black to Front was a stunt, not the end of European civilisation as we know it. Behind the scenes, most of the televisual real estate on which it was located was, and still is, occupied by white producers, white directors, white editors, white everybody. No change there.

The concept, in any other 24-hour period, could easily be populated by women, Asians, LGBTQ+, disabled people or any one of several distinct groups vying for more property in tellyland. That’s the trouble with racists: their fear is that anyone can do what they do, and often better, so it’s them, not so-called ‘race baiters’ like me who are constantly leveraging differences between ‘us and them’ because difference has traditionally proffered them with special status, and that special status diminishes the more ‘diverse’ Britain becomes. As Mica Ven of ‘Celebrity Gogglebox’ commented in response to the racist abuse aimed at the England team by home fans after their 4-0 mauling of Hungary in Budapest, “We’re not going anywhere. We’re here to stay and we’re multiplying!”

People often forget that, despite the commercials, Channel 4 is a public-service broadcaster with a remit to “be a disruptive, innovative force in UK broadcasting”. ‘Black to Front’ certainly was disruptive, but, given the amount of filler, it was far less innovative than I would’ve liked. It was as if the channel had adopted the BBC’s unofficial motto “Don’t screw up” and opted to play it safe, especially by sticking to low-budget productions.

In television terms, McQueen’s journey from Hollywood big screen to terrestrial parochialism marks him out as an overachiever. Nowhere in British television is there a white director who’s an Oscar-Bafta-Golden Globe-Turner-Prize winner. Without taking anything away from his achievements, McQueen creating ‘Small Axe’ is like Martin Scorsese directing five episodes of ‘Line of Duty’.

There is, of course, an argument to say that McQueen’s clout makes him the ideal candidate to pull off something like ‘Small Axe’. But, conversely, throwing money at such a stellar talent undermines other experienced Black filmmakers, because the implication is, having raised the bar to exceptional heights, it’s now beyond their reach. Off the record, many are aggrieved that McQueen was able to produce all five films in his anthology at a cost of £16.6 million without sharing any of that with other directors. But is this just hard cheese?

McQueen could’ve turned around to his paymasters at the corporation and said, “Thanks. I’ll produce all five films, but only direct one of them, as I feel it’s unfair to the entire Black British filmmaking community for me to have all that sausage to myself.” This would have been a noble move, yet perhaps one that goes against the grain of human self-interest. Perhaps a more equitable approach would’ve been for BBC Studios, which fully funded the project, to have bankrolled McQueen and four other independent Black British filmmakers. Perhaps.

Whether it’s a Channel 4 stunt or a BBC anthology, selling any form of dedicated Black programming to a largely white audience is no mean feat, because a sizable minority of that white audience doesn’t just want Black people to disappear from television – they want us gone completely, the poor things.

Ironically, at a cost of 16.6 million for 403 minutes of BBC airtime, if social media is anything to go by, ‘Small Axe’ appears to have garnered more critique from Black viewers than it did from white audiences. Taking what equates to £41,000 ($57,000) a minute of airtime and multiplying it by 1,440 minutes, ie, 24 hours, amounts to £59 million ($82 million). Admittedly, this is playing fast and loose with the maths, not least because BBC Studios isn’t a drain on the licence fee. But if this pro rata figure were magically funnelled into ‘Black to Front’, its detractors would self-combust in front of their TV sets, or more accurately, their Twitter apps. The moral of the story is thus: be careful what you whinge for, as sometimes the sizzle is way tastier than the sausage.

Now, where did I put that Racism Night pitch…?