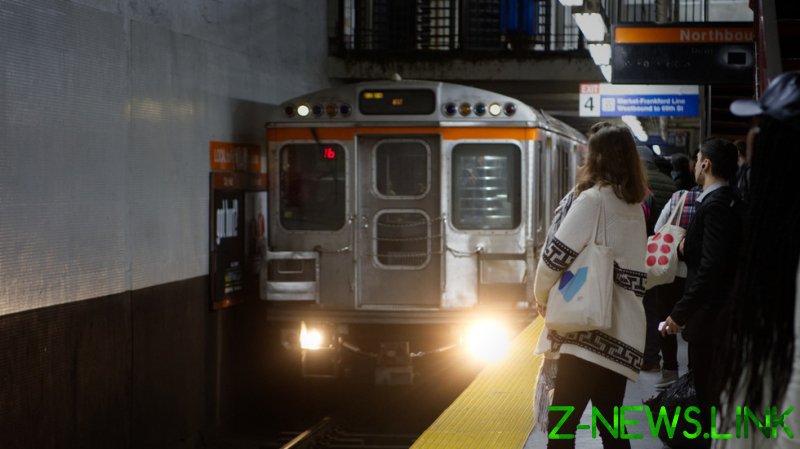 A group of girls on board a SEPTA train attacked two others while the train was passing through a tunnel on Wednesday. The footage was apparently shot by a bystander as the train traveled by Erie Station.

The video shows one group repeatedly yelling at and punching another group of teens until one falls over. She is repeatedly whacked with a shoe after being brutally smashed into the train door, the attack visible on video shot by another passenger. Before that, the girls also verbally abused a group of teen boys who were seated on the train.

The attackers appeared to be African Americans while the victims looked Asian or Asian American. The altercation took place at around 3:30pm local time on the Broad Street Line.

Philadelphia City Councilman David Oh called on SEPTA train police to do a better job providing security, saying “there has to be a response by the police” and SEPTA school safety officers. “[SEPTA] has a police force and we need to see them,” he said.

Local news outlets reported that police had identified four of the individuals seen in the footage, though there is no indication that anyone has yet been charged with a crime. In addition to SEPTA police, Philadelphia police, Philadelphia School Administration officials, School District Police, and Philadelphia Human Relations Commission are reportedly looking into the incident.