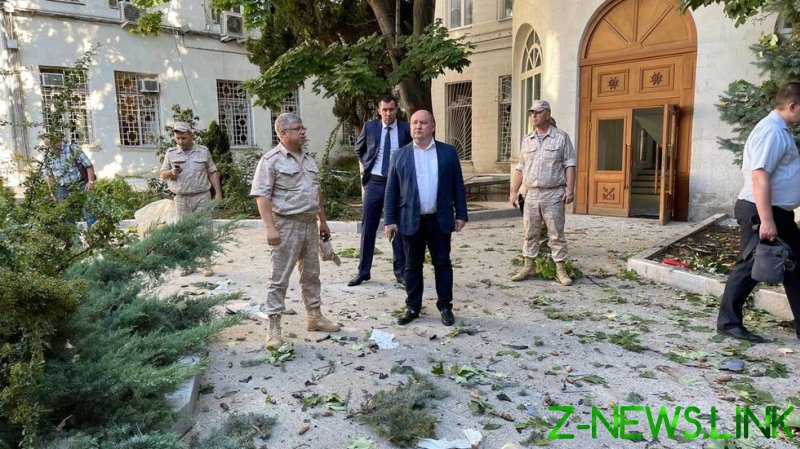 The Black Sea Fleet headquarters in Sevastopol, Crimea was attacked by Ukraine, Governor Mikhail Razvozhayev wrote on his Telegram channel on Sunday morning. Five people were injured in a strike presumably carried out by a drone, he added.

The attack took place on Russia’s Navy Day. Razvozhayev said that all celebrations have been canceled for safety reasons.

Ukrainian officials have repeatedly voiced plans to take back Crimea, which voted to leave Ukraine and join Russia shortly after the 2014 coup in Kiev. Deputy Defense Minister Vladimir Gavrilov said this month that the Black Sea Fleet stationed in Crimea poses “a permanent threat” to Ukraine.