“Black Panther” has changed the date of the Russian premiere

Distributors WDSSPR, whose office is the next blockbuster in the series of film adaptations of Marvel comics “Black Panther” Ryan Kugler, announced the postponement of the premiere of the film. Fortunately, that small – instead of the previously announced February 15, the film moves to 26 Feb 2018.

The shift is explained by the desire of the distributors to allocate more domestic melodrama “Ice”, dedicated to Valentine’s Day. Such castling is quite a standard practice, so nothing surprising, it is the week fans of the superhero universe endured. And yet look at the final movie poster.

From “Black Panther” entirely star cast here gathered Chadwick Bosman, Lupita Nyong’o, Danai Gurira, Angela Bassett, forest Whitaker and Andy Serkis. The picture will be the first solo album of this character, who has already admitted in “the First avenger 3” is back in “infinity War”.

From the first glance, you may decide that Wakanda — the usual territory of wild Africa, but it is not. Here, in the depths of a desolate land, hiding deposits of unique metal, able to absorb vibration. Many tried to reach it, ruining everything in its path and bringing death to the natives, but each time the mysterious spirit of the Savannah — Black Panther — stood up in defense of the oppressed.
Many years later, trouble comes again to Wakanda, and this time the enemy has enlisted the support of modern technology. When the chance is almost gone, T Challa, a young Prince finding wakanda, finds out that he will revive the legend and continue the eternal struggle, wearing the mask of a Black Panther. 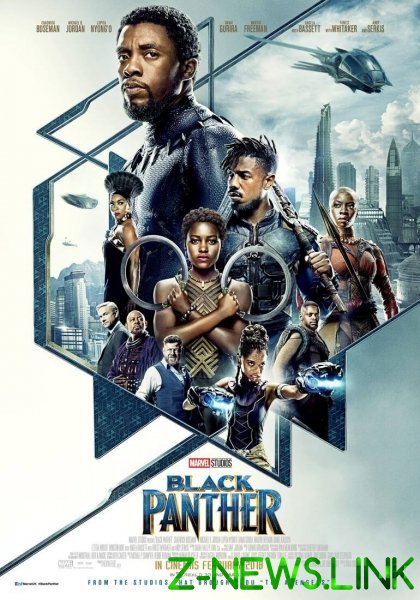