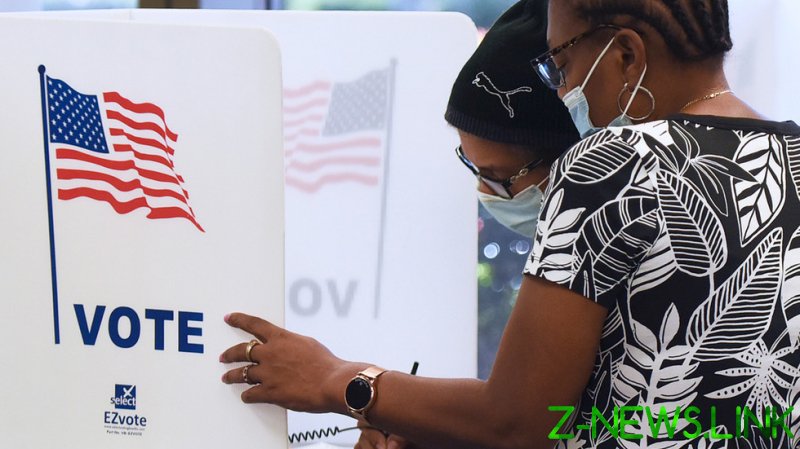 The Republican Party has once again been accused of trying to trick black people into voting for President Donald Trump, as the Washington Post highlighted the takedown of a network of apparent bot accounts posing as black Trump supporters on Tuesday.

Glossing over the absence of any overt link to the GOP among the fake accounts, the Post harked back to the Republican convention, which “prominently featured African Americans,” and declared any and all Republican outreach to black voters to be a mere distraction from Trump’s supposed racism. The offensively sloppy “digital blackface” Twitter network is just the sort of behavior one might expect from those devious Republicans, the Post implied.

While its aim appeared to be reinforcing the GOP’s image as a group of racist old white men, the outlet was actually exposing its own biased hand by implying black voters were dumb enough to be taken in by a bot network whose user pics included, in one case, the words “black man photo” instead of an actual person and whose content was borderline illiterate.

This level of condescension isn’t exactly new. The Democrats pointed the finger at Russia in 2016 for supposedly duping black Americans into withholding their votes from Hillary Clinton, as if black people didn’t have every reason in the world to revile a woman who had once referred to their children as “super predators,” who had somehow made billions of dollars of earthquake relief destined for Haiti disappear, and whose foreign policy had brought the institution of slavery back to the formerly-progressive nation of Libya. Time and again, black voters are presented as helpless putty in the hands of some malevolent manipulator, and the Democrats as the only Great White Savior who can rescue them.

While racist pandering is loathsome no matter where on the political spectrum it hails from, the Democrats have developed an especially hypocritical knack for screaming about racist voter suppression by Republicans – only to throw those same voters under the proverbial bus when they fail to turn out for the anointed candidate.

Perhaps the most blatant example of this two-faced dynamic is former New York mayor Mike Bloomberg, whose ‘stop and frisk’ policing policy was so racially biased that he was forced to curtail its excesses by a federal judge. After his own candidacy tanked, Bloomberg raised $16 million to pay the court fees of black and Hispanic ex-cons in Florida, reasoning they were the most likely to vote for Biden – and that buying their loyalty was cheaper than attempting to woo Americans who already had the vote.

Despite the party’s ‘defund the police’ propaganda, one suspects Bloomberg would just as soon march those felons back to prison if they failed to cast their ballots for Biden, given his enthusiasm (caught on tape) for “throwing [young black men] up against the wall and frisking ‘em.”

As blatant as Democratic pandering has become, however, Republican pandering is just as cringe-inducing in its own way. The GOP, after belatedly coming to terms with the fact it cannot win an election with white votes alone, has embraced Candace Owens as its black champion. This stilted phony’s most significant achievement before becoming a famous black Trump supporter was the creation of a doxxing platform called ‘Social Autopsy’ that was exactly as appealing as it sounds. Owens’ pre-fame work did not exactly endear her to black conservatives – or anyone else with concerns about privacy – and her tokenesque role as a Pied Piper leading the ‘blexit’ from the ‘Democratic plantation’ is less than convincing.

Rapper Ice Cube gave voice to the frustrations of black voters feeling left behind by the bipartisan panderfest on Wednesday, hitting out at both mainstream parties’ failure to view the demographic as something more than a two-dimensional cartoon. “Every side is the Darkside for us here in America,” he tweeted, and while it’s easy to roll one’s eyes at the ‘oppressed’ plight of a multi-millionaire performer, the frustration he’s channeling is real.

Black voters face the same uninspiring lesser-of-two-evils choice that has led so many Americans to drop out of the political process entirely, but for many, it’s even more personal. Biden championed the 1994 crime bill that put thousands of black men in jail for non-violent drug offenses and other petty crimes under the ‘three strikes’ policy, often given lengthy sentences thanks to mandatory minimums.

By some estimates, one in three black men will spend some time in prison, a heinous statistic that can’t be swept under the rug by decades-late apologies and laughably false claims to have marched in the Civil Rights movement. And his vice presidential pick, Kamala Harris, was just as enthusiastic about locking up pot smokers while serving as Attorney General of California as her would-be boss – that is, until her recent and still-unexplained makeover as a liberal heroine.

The alternative, of course, is Trump, whose 2016 campaign targeted many black voters with messages encouraging them to stay home and whose party has a long history of racist voter suppression via gerrymandering, shutting down polling places in black neighborhoods and mass deletion of names from voter rolls. Republicans’ knee-jerk support for law enforcement in unjustified killings like those of Breonna Taylor and Eric Garner also leaves little room for those who might not want to defund the police, but certainly won’t embrace them either.

“I don’t trust none of ‘em,” Ice Cube told his followers in Wednesday’s video, referring to the political candidates courting him. “No president has done right by us,” he observed, affirming that “putting all our hopes and dreams behind any of ‘em just don’t work.” While he was speaking for black voters, his words ring true for all Americans despairing of finding representation in a two-party duopoly that governs for the rich, by the rich, pandering to caricatures with tantalizing promises.

Tired of being told to “shut the f*** up and vote,” Ice Cube called on the black community to “pool our resources,” and “do something big and do it right now,” rather than waiting to be rescued by politicians whose grotesque pantomime of caring is nearly as insulting as the overt racism it replaced. Americans of all ethnicities would be wise to take his advice to heart, because the choice between being stabbed in the back and stabbed in the front is no choice at all.