Black money from the “black gold” 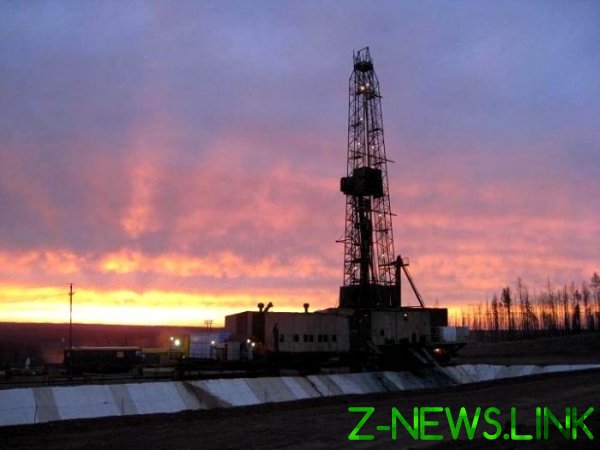 Oil company Alexei Khotin and Sergei Pagliaccio did not obey the requirements of environmental protection departments, ignoring even the Prosecutor.

As is known, ruined credit institution — the Bank “Ugra” is not the only asset of Alexei Khotin, who, according to Forbes magazine, in 2016, entered the hundred richest businessmen in Russia. In the sphere of interests includes real estate, and especially the former industrial premises, which have transformed into business centers, and fuel and energy complex. According to experts, Hominy turned “Ugra” in the Bank”vacuum cleaner” at the expense of household deposits, they bought real estate and a relatively small oil company.

Among them, NK “”Dulisma”, holding the license for dulis’minskoe oil, gas and condensate field in the Irkutsk region, ExillonEnergy, which produces hydrocarbons in the Khanty-Mansiysk Autonomous district and Komi Republic, the company “Negusneft” and “qayyum oil”, working in the Khanty, and others. Cumulative production of oil assets of the business, United on the basis of the company “Rus-oil” in 2017 was estimated at 4.2 million tons.

Manages the assets of “Rus-oil” Sergey Podloucky, which is considered the most trusted man of the family Hotiny. He also is responsible for all the activities of oil companies, including for environmental protection measures, designed to compensate for the damage caused in the extraction of hydrocarbons. But, apparently, this cost is not mandatory for the Director of “Rus-Oil”.

The development of these deposits is underway with numerous environmental violations. Environmental services fixed irreparable damage to the environment caused by the mining companies Hotiny. Prosecutors and other competent authorities are the appropriate provisions for the elimination of the damage caused, but the owners simply ignored these papers.

Caught in the press of the documents, despite warnings from conservation, the company has not complied with the requirements of ecologists. So, from the report, illustrated with color photos of the check points, it follows that over a month, gasoline was poured directly on the ground “because of the lack of tankers for export”. “The location of the drain located 20 metres from the main road, easy to be installed by the smell”, — write the report to the verifier.

Gasoline is included in the composition of the oil insoluble in water liquid hydrocarbons. How many decades must pass before this man-made lake gasolinevin nature somehow neutralize?

After such damage, comparable to a local environmental disaster, a mention of the fact that the drillers have left behind a building and household rubbish, seems just a trifle.

“After the departure of the drilling bushes No. 119 – 112 – 113 there is a considerable amount of debris, sand, unaligned site. (…) Municipal solid waste exported during the winter on one of the glades, where he was to be buried after the snow, also located in the area of the road to one of the lakes.Disposal established by law are not made”, — is written in a memo about the flagrant violations of environmental activities.

Istruga documents become public, it becomes clear that oil production company”Dulisma” is not illegal: “In our case, the inspection oversight of the case may reveal the following: the lack of subsoil users JSC “NC Dulisma” (hereinafter – ACY)… contracts to 2018. with rescue and blowout services and, as a consequence, a ban on the use of subsoil in the form of withdrawal of approval of mining plan for DGCM to 2018. as mining and drilling,” — said in one of the notes.

And this is not an isolated case. However, the structures of Khotyn was breaking the law, not only in terms of ecology, but is often pumped all the oil without a permit. So, from the letter-demands of the Prosecutor of the Khanty-Ugra CEO of oil company JSC “Kalmneft” it follows that this entity in 2018, the oil extracted illegally because he did not have the appropriate documents.

“During check it is established that JSC “qayyum oil” on the territory of KHMAO-Yugra commissioned the Bush 8L of Latinskog deposits from wells drilled within the boundaries of the spray site, the company conducts oil production. However, according to information provided by the construction Department of the Khanty-Ugra, resolution about commissioning the spray site and linear facilities within the corridor communication to it in accordance with article 55 of the town planning code of the Russian Federation issued”.

In fact, these examples show that the oil companies Cotinine only violated the law on subsoil use, but also saved almost all environmental activities, which are clearly spelled out in the relevant documents extraction of hydrocarbons. It is obvious that the main task set by the owners before the managers of the enterprises were draining money from Russian mineral resources. Money, money, zenegrabuy price, notwithstanding that: neither the devastated and disfigured the land, conservation regulations and enforcement…

This is truly “black gold”, or rather black money.